Nursing of the Heart - NEW SERIES!

I'm so excited to be part of this new series about nurses. I have so many nurse friends, and in these troubled times with the virus going around, our nurses are doing all they can to help us. What would we do without them? I dedicate my story to all nurses who selflessly put their hearts into their work!

Here is the list of authors involved with this series, and of course, the Amazon series link - https://www.amazon.com/gp/product/B0881KGBVV 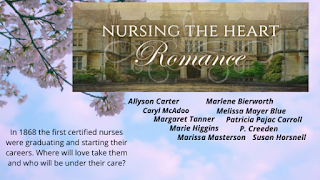 
Nurse Lydia Simmons is assigned to a hospital in Laramie, Wyoming. She’s dedicated her life to caring for the sick and wounded, but when she meets a soldier, known only as Mitch, she is particularly drawn to him. Mitch has lost his memories and is desperate to re-discover himself. Lydia strives to help him, and soon finds herself falling for this lost soul, despite the fact that her heart belongs to another. A part of her fears what will be discovered if she helps Mitch find his memories. What secrets lurk in his darkened mind? Does he have a wife? A family? As glimpses of his past begin to surface, Lydia begins to wonder if helping him uncover his memories will be his downfall... or hers? 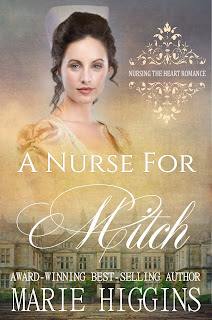 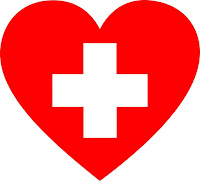