It was time to give my bestselling Christian Historical Romance, "A Walk in Heaven", a face-lift. Now ALL of my book covers have the same cover artist - Sheri McGathy! 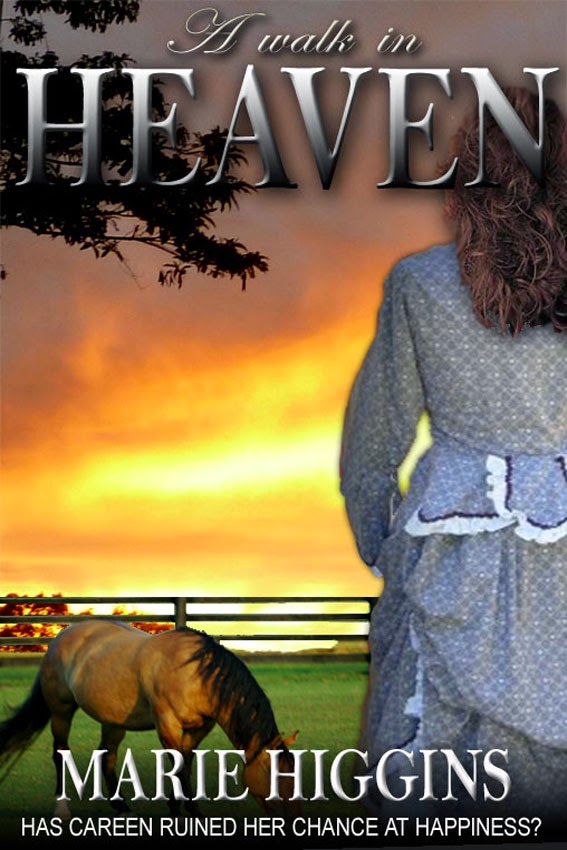 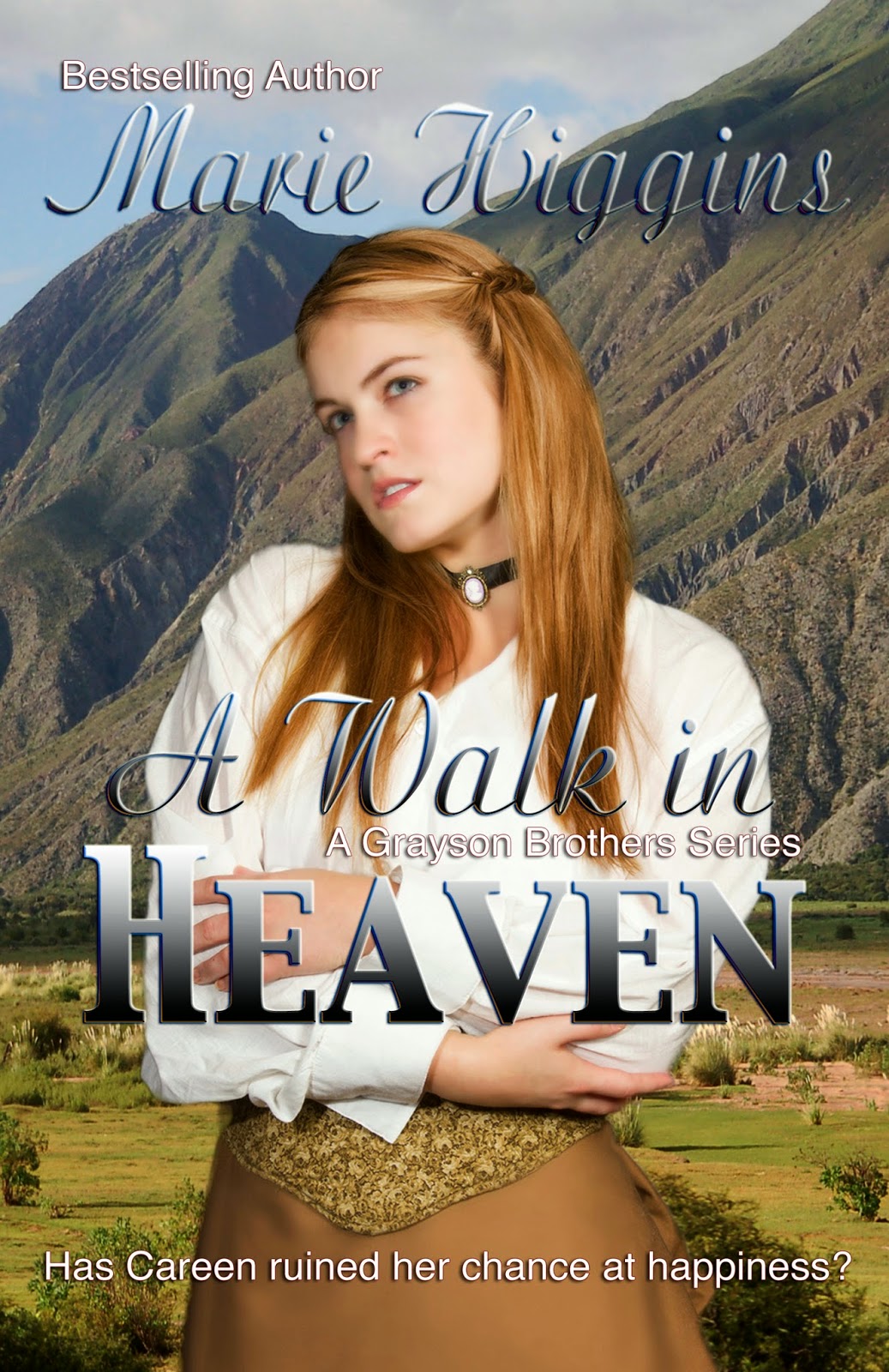 In the early hours of the morning, Careen becomes Matthew Grayson’s wife…and then in a blink of an eye, his widow. How can she tell the family she’s never met that her own cousin is responsible for their son’s death?

While she waits for the right moment to admit the cousin’s guilt, a budding attraction grows between Careen and her new brother-in-law, Joshua. But this will only complicate matters, especially when the truth finally comes out.

Joshua Grayson could never understand why his brother left the family ranch to wed – in secret – a woman he’d never met. And now Matthew is dead. Killed just moments after taking his wedding vows. Joshua struggles with both resentment and a growing attraction for his mysterious sister-in-law. He knows Careen is hiding something, but can he give love another chance or is he just setting up his heart for another break?

Here are the other books in the series... 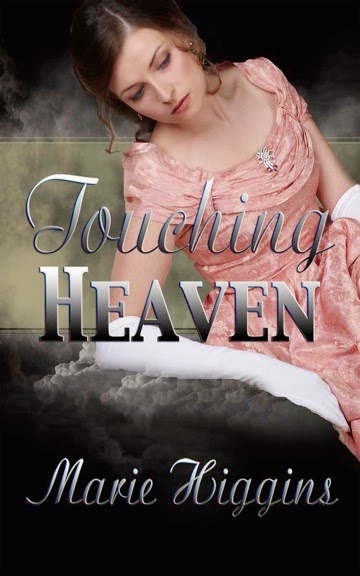 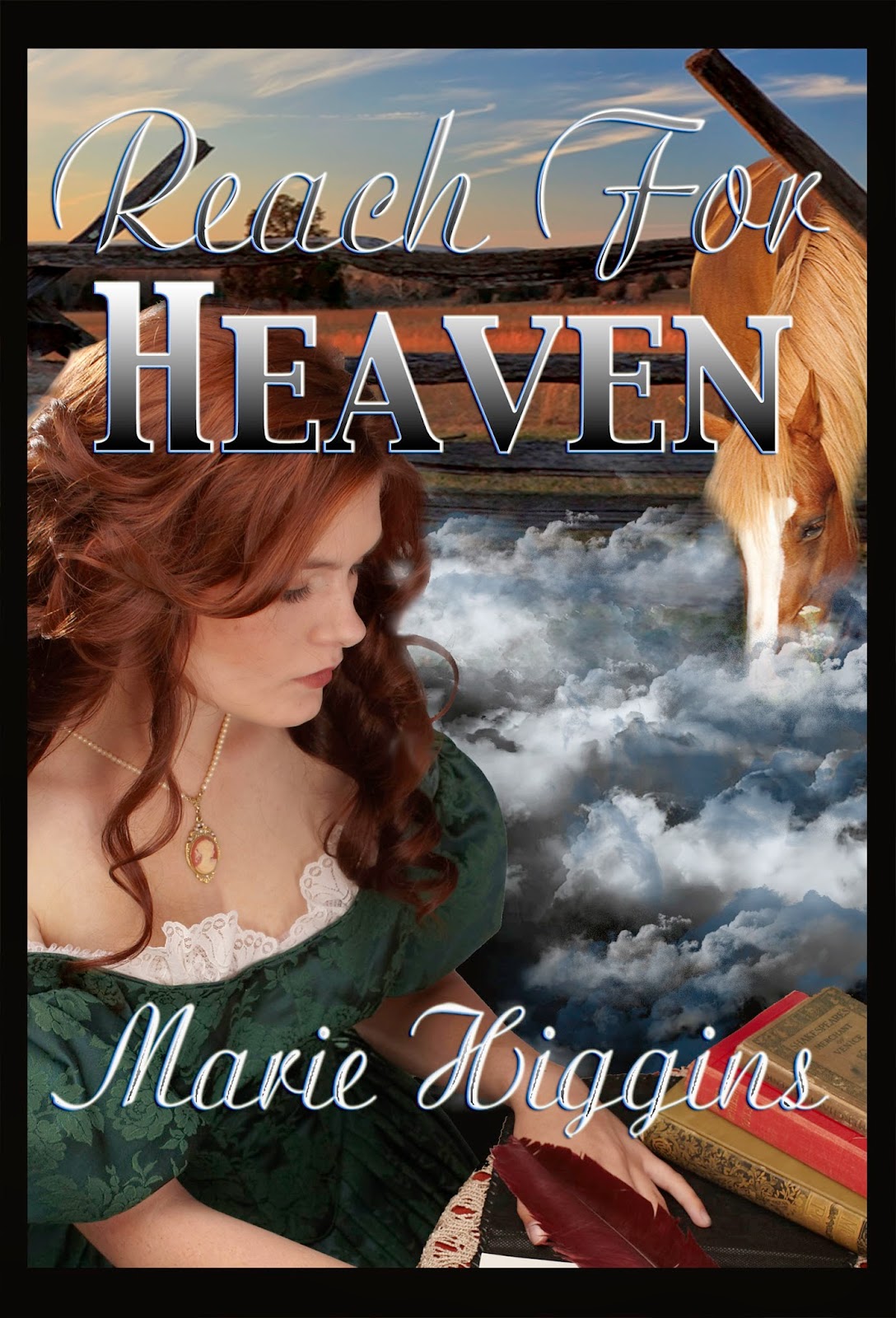 Posted by Marie Higgins at 1:45 PM No comments:

I'm in the giving mood. After all...there are only 12 more days until Christmas, right? So...I've decided to put some of my books on sale for Kindle readers for only 99 CENTS! This is my "Fielding Brothers' Saga" (Victorian-set Romance) Or, if you're a paperback reader, leave me a comment with your email and I'll give you a 30% discount on my paperbacks! 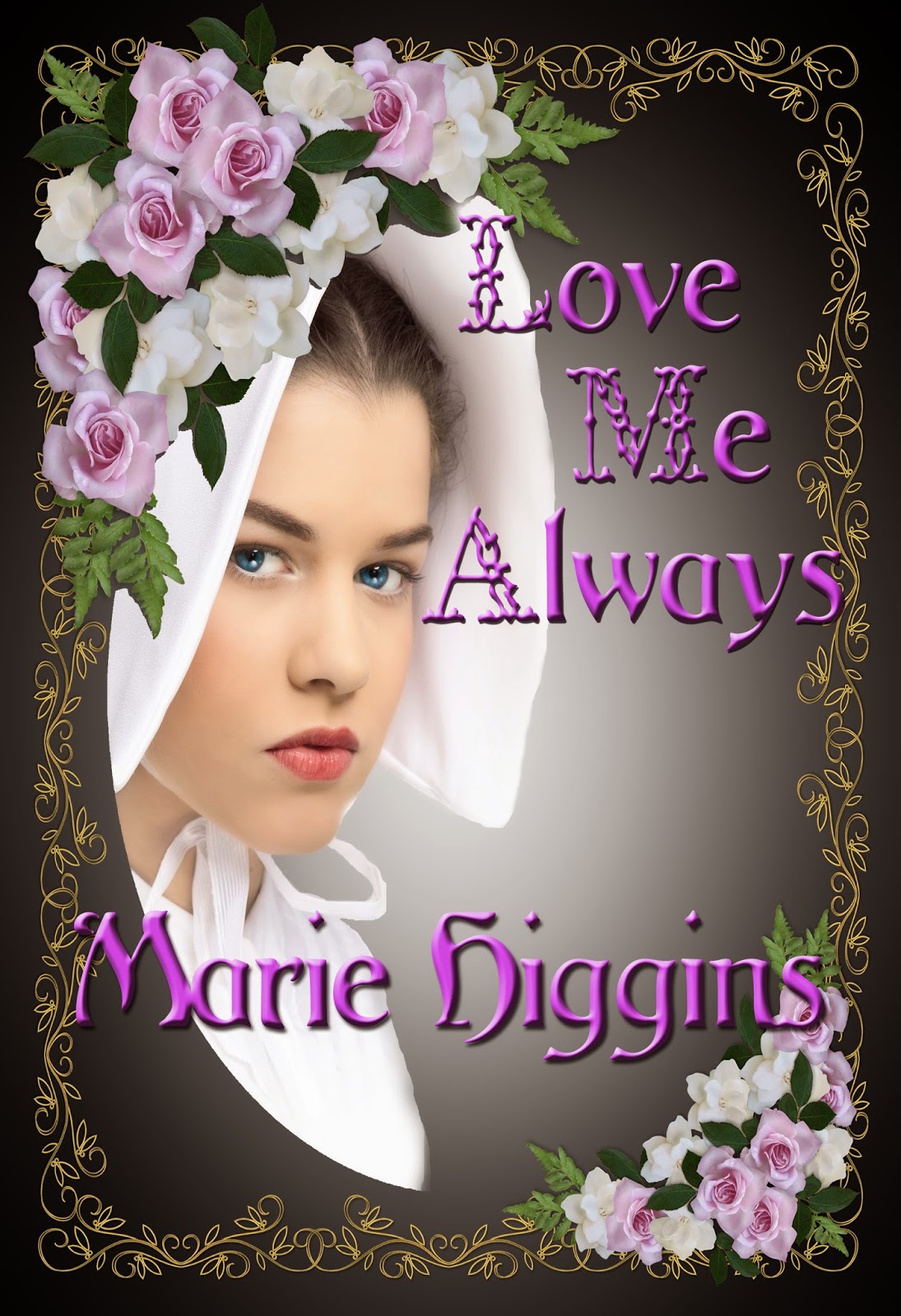 "Love Me Always" book 1
No Way Out – Catherine Martin is trapped. Either she wed an elderly man and commit to a marriage without love, or continue living with the father who believes her guilty of murder and one foot outside the asylum. Catherine picks marriage to the Duke of Ashton, Grant Fielding. However, when she stays with the Fielding family before the wedding, she doesn’t plan on falling in love…with Grant’s nephew, Nicholas.
Destined for a lonely life – Nicholas Fielding loves his uncle’s soon-to-be bride, and has loved her since they were children. Now Nick must choose between his dying uncle's last wish to marry, and the woman who will make Nick happy for the rest of his life. No matter how hard Nick tries, he cannot stop his love for Catherine.
A flurry of accidents begins to happen around the Fielding estate and soon all accusing eyes turn to Catherine. When accidents escalate to murder, suspicions expound and even Catherine’s father believes she’s gone mad. Does Nick love her enough to discover the truth? 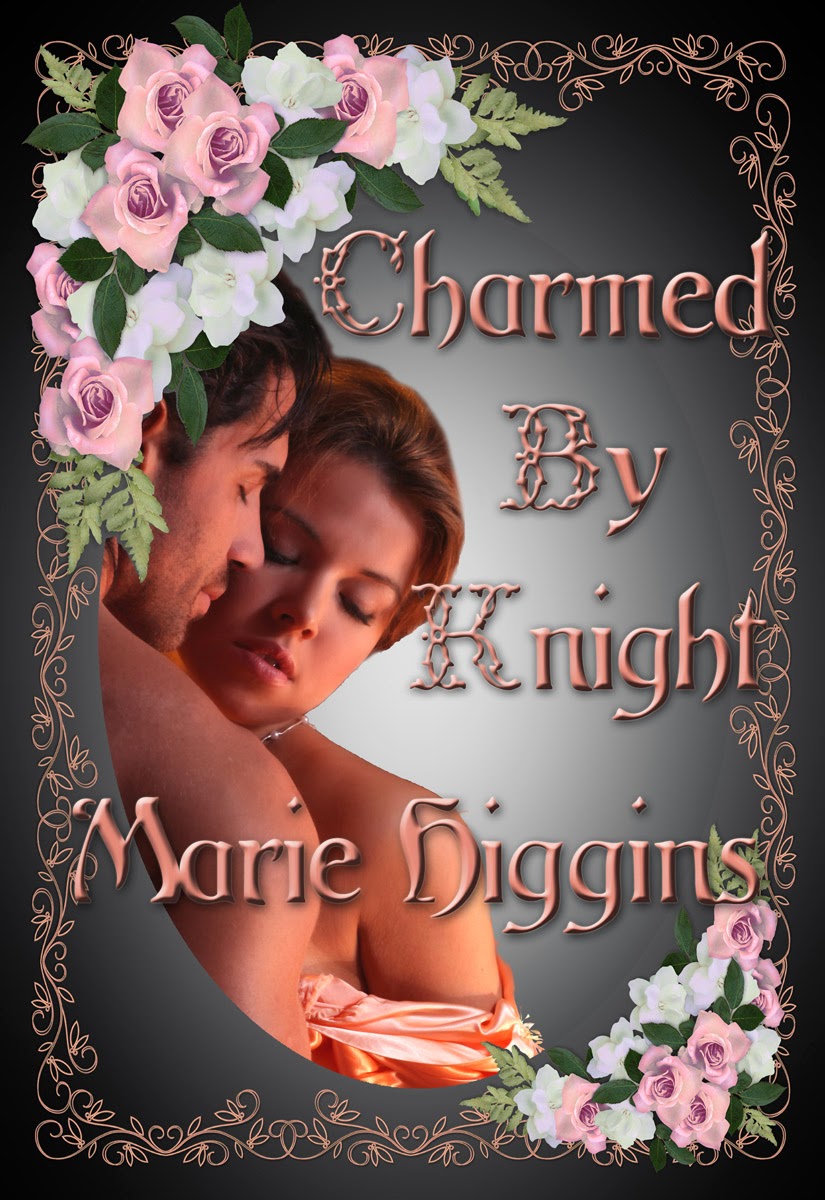 Purchase - Kindle 99 cents
"Charmed by Knight" book 2
Megan Ramsey will do anything not to marry the drunken lord selected for her – even if she must follow her parents’ plan and trick a duke into marriage. Instead of capturing the duke, she mistakenly traps the man who put her family in financial ruins.
Edmund Knight will stop at nothing to take back the deed to his gold mine. When he meets the thief’s daughter, Edmund sets his mind on charming her in order to get back his treasure. Will he find the real treasure beyond his precious gold? 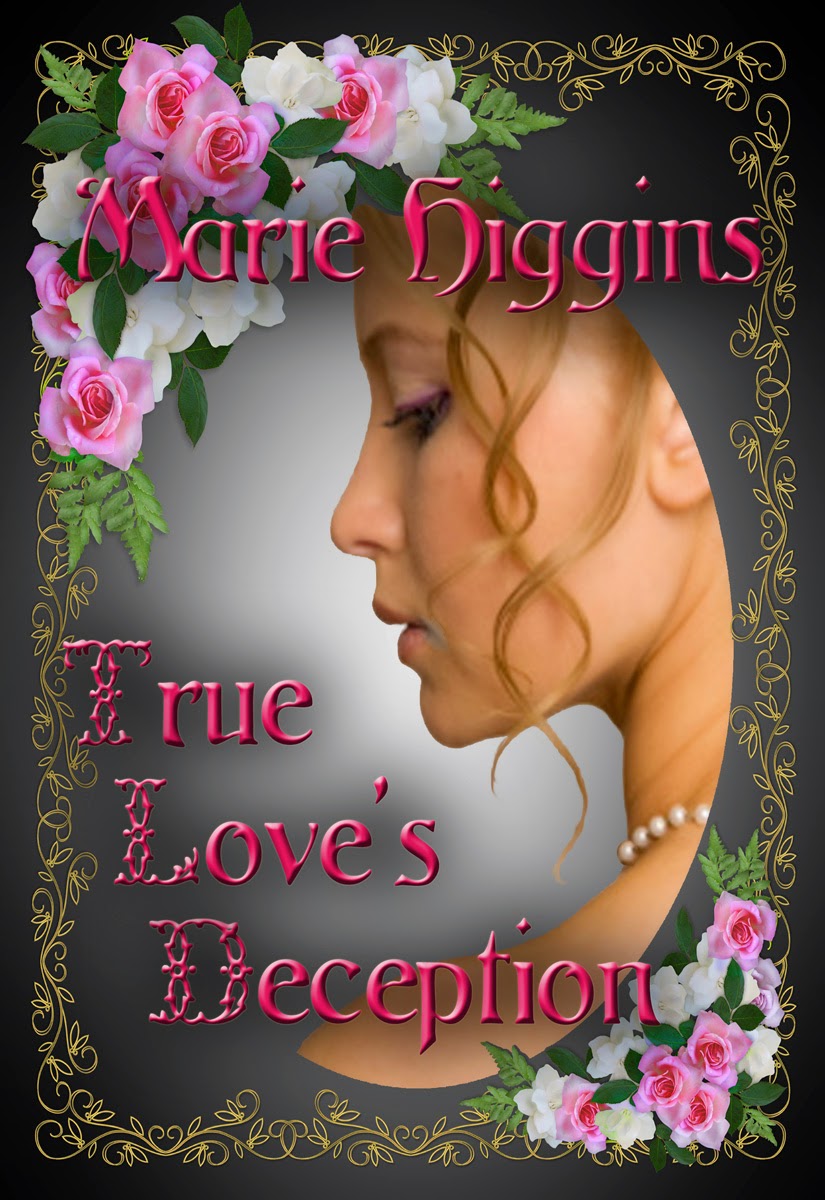 Purchase - Kindle 99 cents
"True Love's Deception" book 3
Not even lies can deceive the heart.
Juliana Beaumont wants to keep her freedom—and her grandmother’s estate in Scotland. But can she do both? Especially when her father demands she marries a man from England before he can give her an inheritance.
Andrew Dean is tired of being the stable help, and jumps at the chance of playing Miss Juliana’s pretend husband. But he doesn’t believe in marrying unless it’s in a church. He hopes Juliana doesn’t discover that they are legally married until he can make her fall in love with him. But a secret that has been hidden in his memory for twenty years may just keep them apart. 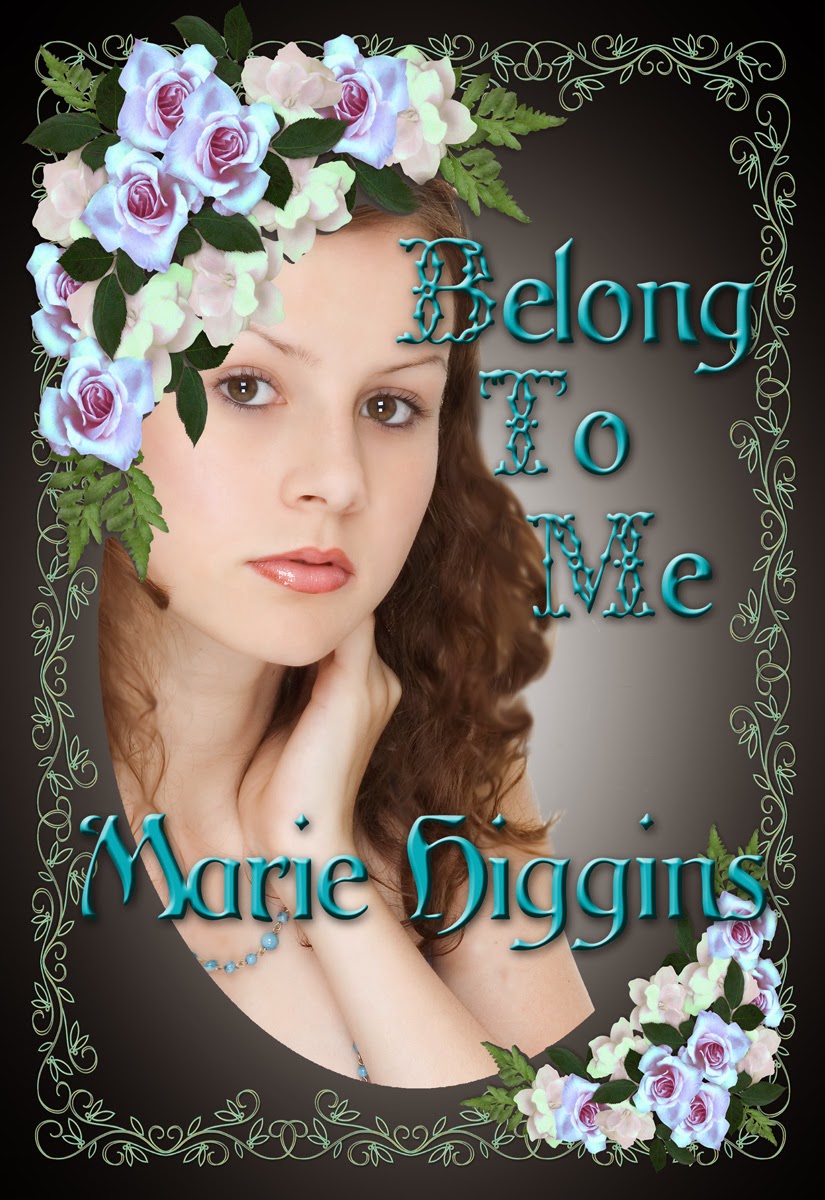 "Belong To Me" book 4
Charlotte Fielding, tired of being without her wayward husband, travels to Bath to find him. She discovers him at a masked ball amidst the throng of revelers. Her revenge on him is that he doesn’t know who she is, so she seduces him. When his reaction to her identity isn’t what she expects, she hardens her heart against him. Charlotte wants an annulment and nothing less. He talks her into a bargain—to stay as his wife for a month and then if they don’t suit well with each other, he’ll grant her wish. What she uncovers about his life is far more than she bargained for. In addition to the disguises in his closet from his investigative business, she stumbles across secrets. Those of which she wished she’s never known.
Framed for a crime he didn’t commit, Ian Fielding has his hands full with proving his innocence. His wife picks that moment to show up on his doorstep, and he’s forced to take her with him. Matters become more complicated when he becomes unexplainably attracted to her. The timing couldn’t be more inconvenient. When the couple takes refuge in an old castle owned by a recluse beastly lord, they soon become aware that the owner has plans of his own.
Swept into a whirlwind of mystery, passion and adventure, Charlotte must discover the truth of her own heart before it’s too late for them both. 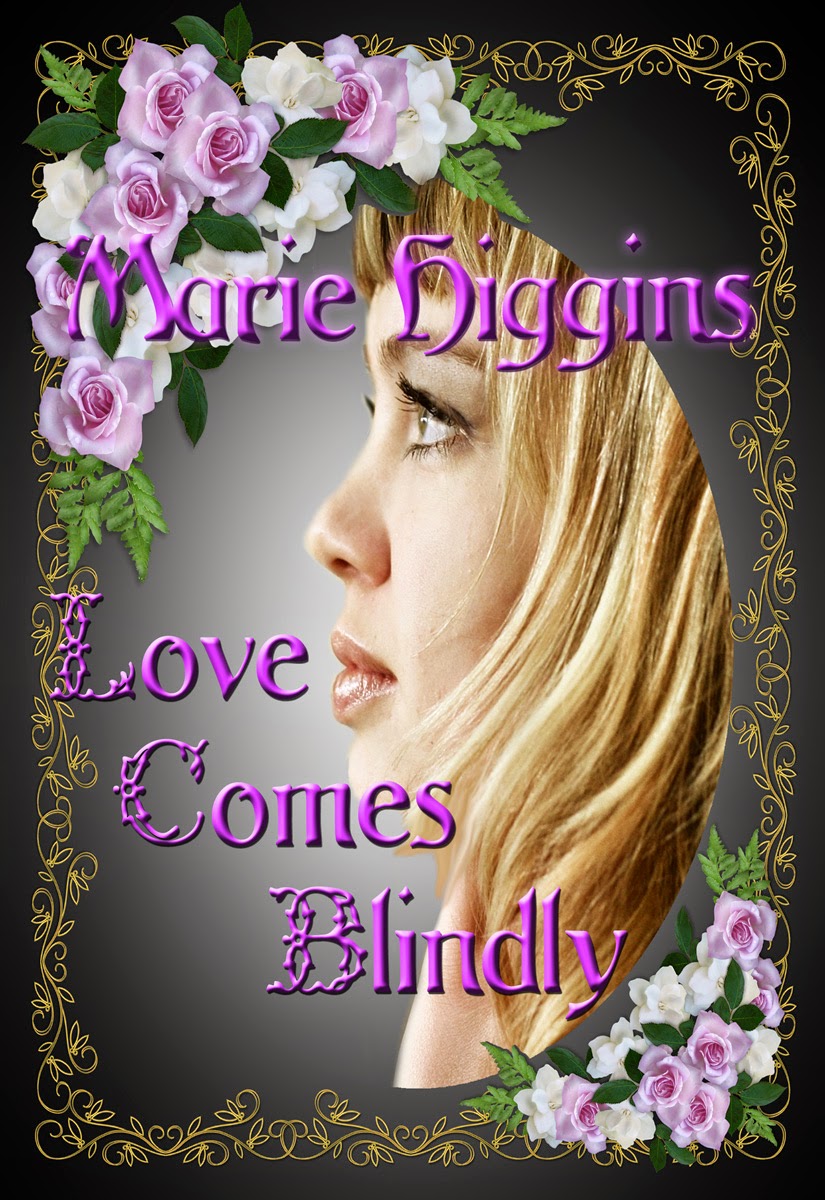 Purchase - Kindle 99 cents
"Love Comes Blindly" book 5
Gregory Fielding has been wounded when he travels to Scotland to find the next big story for his London newspaper. Now blinded, he relies on the soft, comforting touch of one of the nurses at St. Mary’s Abbey. He thinks she’s a novice, but that doesn’t stop him from wanting to give her his heart.

Posted by Marie Higgins at 8:51 AM No comments:

In the Arms of Danger

I don't think I've talked much about my Romantic Suspense - "In the Arms of Danger". Most of my readers know I love to write historical romances, but I have written modern day romances as well. This was my very first Romantic Suspense story, and I loved writing it so much that I decided to add a little (or a lot) of suspense in all my stories.!!

Taylor Marshal and her daughter need protecting, yet the bodyguard assigned is the one man she fears the most.

Four years earlier, Taylor gave her heart to a stranger – and married him in a quick Bermuda ceremony. A week later her hopes were crushed when she finds out her new husband, Cory Ross, was a hit man. When she witnesses him take another man’s life then watches her new found love fall from a cliff after being shot, her heart shatters. Now she sees Cory Ross is alive – and back in her life as her own personal bodyguard, yet how can she trust him?

Cory thought his luck had changed after his near death experience in the Bahamas. But when he looks into the eyes of the woman who he suspects had something to do with his accident, he realizes his new assignment to protect Taylor and her young daughter will be a literal nightmare. But to fall in love all over again with Taylor Marshall will be sheer torture. 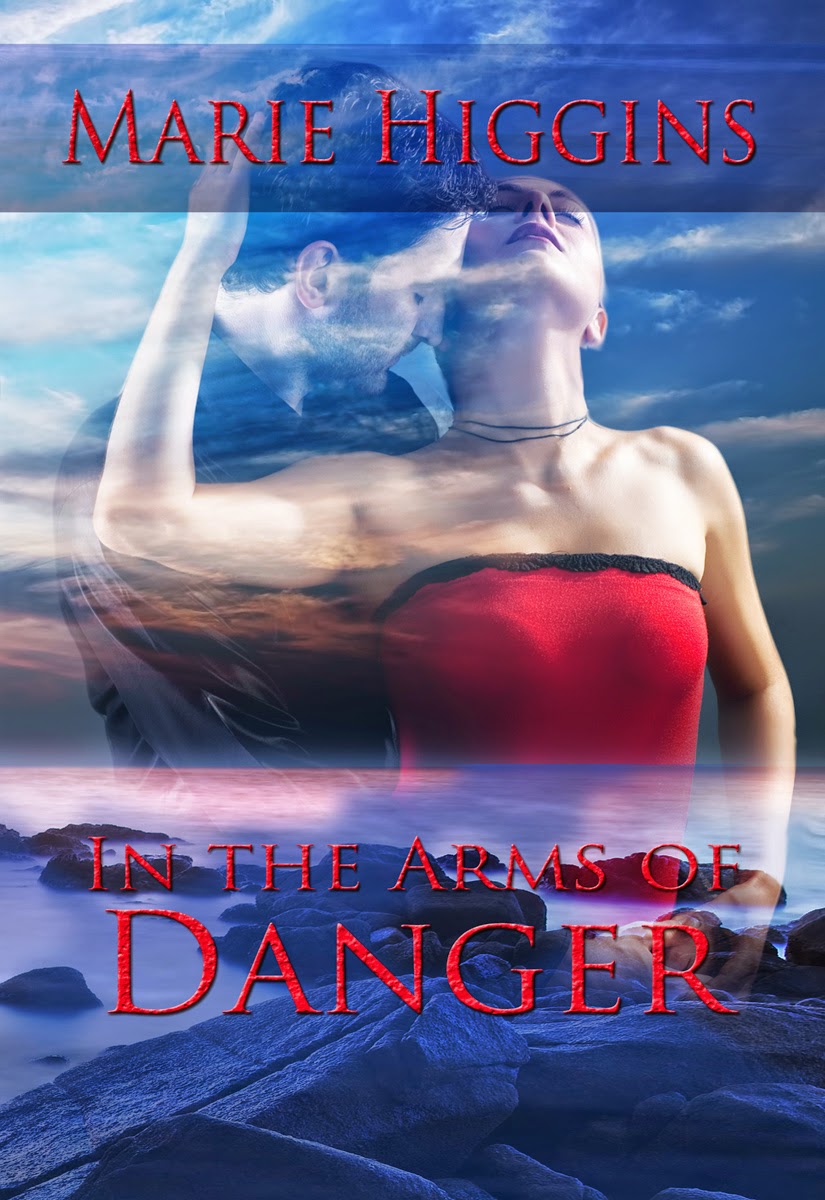 
Purchase from Amazon (either Kindle or paperback) - http://amzn.com/B0087V3R0Y