I'm thrilled to introduce you to book #4 of my Where Dreams Come True Series - "Keep on Believing", my historical Cinderella story. Here is a teasing excerpt...


“Uh…I take it the proposal didn’t go as planned?” Darby asked as he wrung his boney hands against his middle.
“It was a disaster.” Chris marched into his bedroom in search of another change of clothes.
“What happened?” Darby’s short, skinny legs stumbled over each other in attempt to keep up with Chris’s wide strides.
“She said no,” Chris snapped. “Actually, her very words were—If you would consider working under my father as the Financial Advisor’s Assistant to the king, I might consider your proposal.” He made the tone of his voice a little higher to sound like a woman. Over his shoulder, he threw Darby a stare. “Apparently, being a schoolteacher isn’t good enough for Rosanna or her family.”
Tears swam in Darby’s eyes. He slowly shook his head. “Oh, how sorry I am for this, my friend.” He wiped his eyes. “This is all my fault. I fear I’m not very good at being a soothsayer. If I hadn’t encouraged you to talk to her or court her…” He hitched a breath, which elicited a high pitch sound, and slapped his hand over his mouth. Tears filled his eyes faster.
“Darby, it’s not your fault.” Chris needed to calm his friend down before the poor man swooned from stress, which he’d done several times before. “I was the one who wanted to get to know her. If I didn’t want to meet her, I would have ignored your advice.”
Sighing heavily, Darby shook his head as his breathing regulated. “From now on, I shall just stick to dabbling in magic and leave my soothsayer hat buried in the ground where it belongs.”
Chris chuckled. “Yes, stick to your magic. The more you practice, the better you’ll become.”
Darby scurried back into the other room, so Chris closed the bedroom door and proceeded to change his clothes. He and Darby had been together for years. They met at an orphanage. Both were amongst the oldest children in that center. Darby was only older than Chris by five years, but his deformities made him look like an old, hunched over man. Darby wasn’t exactly bald, but the hair on his head sprouted in different areas, and over the years, it had grown longer. The man’s arms and legs were twisted, but he could still manage to walk and use his hands. And although most children found him repulsive at first, Chris knew they would just have to get to know him in order to realize what a special person Darby O’Brian really was.
He definitely kept Chris entertained with his magic. After all of these years, the poor man could still only call himself an apprentice. Darby tried hard, but most of the time, his spells didn’t turn out exactly right. In the end, the mayhem Darby caused made them laugh.
After Chris shucked his dirty clothes and dressed in clean ones, he joined Darby in the main room. His friend stood by the stove, stirring a spoon in a pot. Well, actually, the spoon was stirring itself while Darby was staring out the window.
Chris grinned. His friend’s magic could handle smaller tasks, thank goodness. “What are we having to eat?”
Darby jumped as if startled and stretched his hand toward the spoon, but instead of grasping it, he managed to knock it away from the pot. Flying through the air, the spoon spun, flinging food around the room.
Chris ducked. Thankfully, the sailing food particles didn’t dirty his clean clothes. Darby squealed and raced after the spinning spoon, his hands clumsily trying to grasp onto the utensil that was clearly still under a spell because it wouldn’t stop swirling.
Hiding his smile behind his hand, Chris moved to the stove and peeked inside the pot. Carrots and potatoes floated in the boiling thin sauce, along with a few chunks of meat. They couldn’t afford much, and they had to make the meat last as long as they could.
Grunts and groans from Darby jerked Chris’s attention to his friend. Running with hands in the air, he kept up with the flying spoon, but was too short to touch it. And jumping was out of the question for this little twisted man.
Chris chuckled and moved to help. When the spoon flew past, he grabbed it. Immediately, the spell that had been around the utensil broke, and the spoon was now just as normal as the others in the cupboard.
He handed it to Darby. “Here, I believe this is yours.”
His friend’s face turned red. “Indeed, it is. Thank you, Chris.” 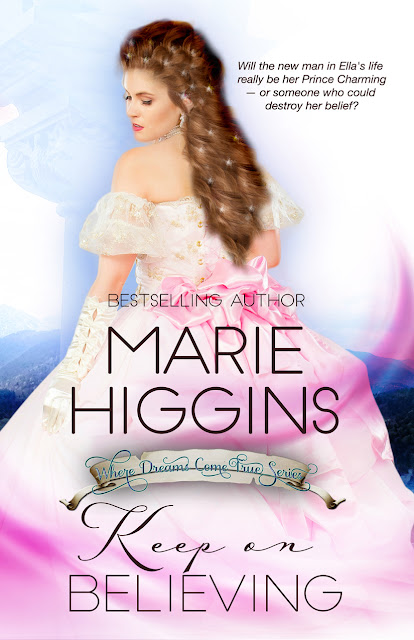 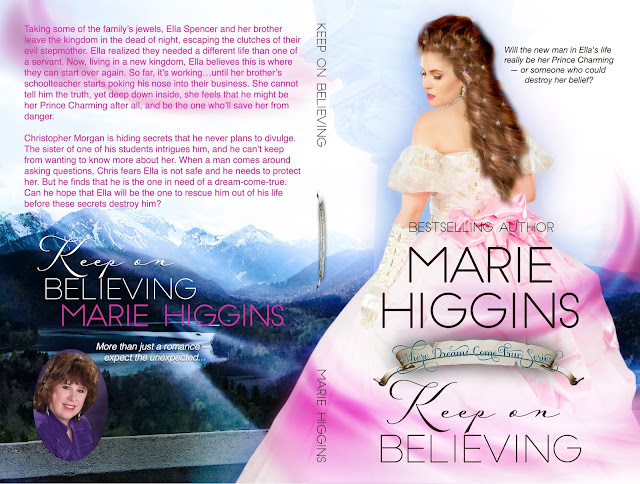 Posted by Marie Higgins at 10:13 AM No comments:

Between March 13th through March 20th, you will have a chance to win a $100 Amazon Gift Card! Experience these amazing authors and enter for a chance to win. Follow the bottom box for how to enter the giveaway!

Both of my books - "The Sweetest Kiss" and "Champion" will be on sale for 99 cents during this time. Check the other stories for sale prices, as well. 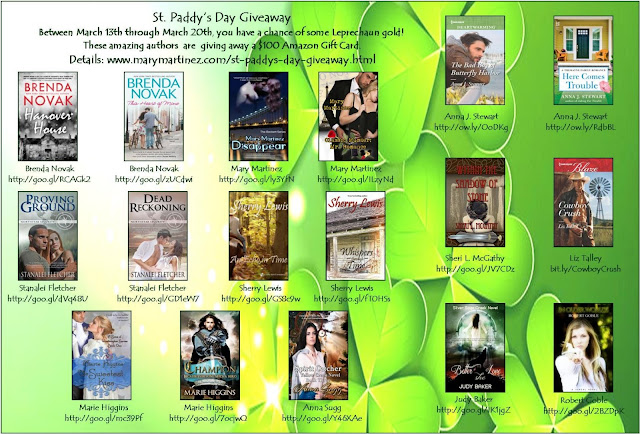 
a Rafflecopter giveaway
Posted by Marie Higgins at 10:37 AM 2 comments: