So I must admit, I love a good fairy-tale no matter how old I am. I especially love stories that are done a little differently than most fairy-tales I've read (or watched) throughout my life. That is why I've decided to create a series of books that are based on fairy-tales. These stories will be far different than you've ever read before. And, if you have read my stories, you know I'll throw in a few twists in the plot just to get a reaction from my readers. (always a good reaction, anyway)

I've collected a few authors (and I'd love to gather more) who will write their own fairy-tale spin for this series - "Where Dreams Come True".  If you are a published writer who writes sweet/clean romances, and you'd like to join, send me an email - mariehiggins84302@yahoo.com.

I have two ideas for stories already, and I can't wait to get started. My characters are literally SCREAMING at me to write these, so you know, I must do what they ask. Right?

These books will be available as ebooks and in print! (and if I have my way, they'll be in audio, too!)


This first book will center around ROBIN HOOD... 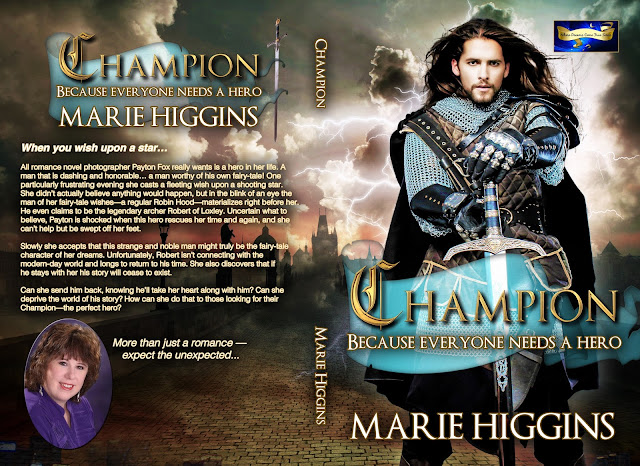 When you wish upon a star…

All romance novel photographer Payton Fox really wants is a hero in her life. A man that is dashing and honorable… a man worthy of his own fairy-tale! One particularly frustrating evening she casts a fleeting wish upon a shooting star. She didn’t actually believe anything would happen, but in the blink of an eye the man of her fairy-tale wishes—a regular Robin Hood—materializes right before her. He even claims to be the legendary archer Robert of Loxley. Uncertain what to believe, Payton is shocked when this hero rescues her time and again, and she can’t help but be swept off her feet.

Slowly she accepts that this strange and noble man might truly be the fairy-tale character of her dreams. Unfortunately, Robert isn’t connecting with the modern-day world and longs to return to his time. She also discovers that if he stays with her his story will cease to exist.

Can she send him back, knowing he’ll take her heart along with him? Can she deprive the world of his story? How can she do that to those looking for their Champion - the perfect hero?


This second story will center around Rapunzel... 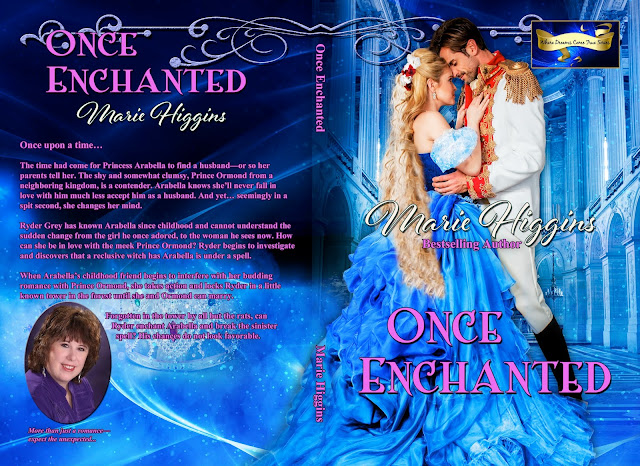 Once upon a time…

The time had come for Princess Arabella to find a husband—or so her parents tell her. The shy and somewhat clumsy, Prince Ormond from a neighboring kingdom, is a contender. Arabella knows she’ll never fall in love with him much less accept him as a husband. And yet… seemingly in a spit second, she changes her mind.

Ryder Grey has known Arabella since childhood and cannot understand the sudden change from the girl he once adored, to the woman he sees now. How can she be in love with the meek Prince Ormond? Ryder begins to investigate and discovers that a reclusive witch has Arabella is under a spell.

When Arabella’s childhood friend begins to interfere with her budding romance with Prince Ormond, she takes action and locks Ryder in a little known tower in the forest until she and Ormond can marry.

Forgotten in the tower by all but the rats can Ryder enchant Arabella and break the sinister spell? His chances do not look favorable.

I want to thank the best cover artist in the world...Sheri McGathy. And for the greatest website out there that's devoted to finding wonderful models and dressing them up to look like people from the past - Period Images!

I'm so excited about my next release. "Worth Fighting For" will be in a set with other authors. I'm with these authors in another set of stories about the Duke of Danby, and I'm thrilled to be with them again. 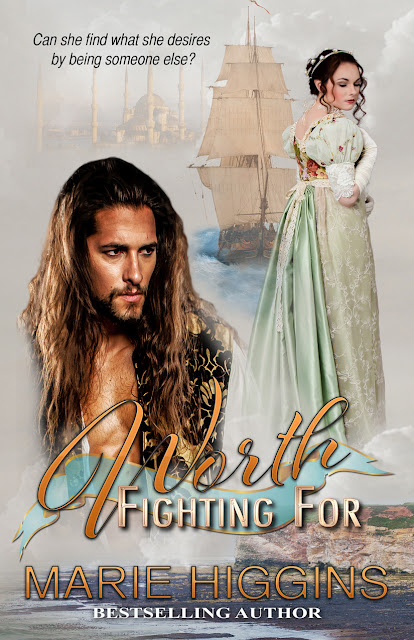 Here is what I'm working on...

While my story "Stealing the Duchess" (expanded version) is in the process of seeing if it'll win a writing contest, I'll be working on my next release, "With You Forever". (Thanks to Sheri McGathy for a great book cover - and for Period Images for the wonderful models!) 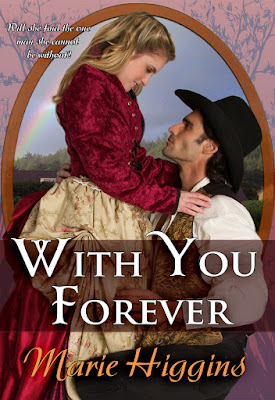 I've decided to add names of some of my FB friends to this story. Tim, Kim, Garrett, Marsha, Connie, and Cynthia will be minor characters in this American Historical Romance.

I thought I'd let you read the first chapter... (aren't I nice?)


He shook his head to clear out the ridiculous thought. It hadn’t happened with Rosanna Townley, so why would it happen with a total stranger?
Posted by Marie Higgins at 11:00 AM 1 comment: