Here is a sample of the script:

Cyndi drives her BMW into the one-car garage and pushes on the brake with her bare foot. She kills the engine, yanks the keys out of the ignition, and throws them in her purse. She grips the steering wheel and stares ahead. She frowns. After a few seconds, she sighs, turns and grasps her briefcase that's sitting on the passenger seat, along with the broken high-heeled shoe. She opens the door and climbs out, shutting it behind her.

Walking shoe-less, she heads toward her townhouse. She fumbles in her purse, trying to find her keys, but she can't see them. Something catches her attention from the street. Shadows move underneath the street light as throaty giggles float in the breeze. A couple are embracing as they lean against a car.

DAMIEN GIOVANNI - The Italian Stallion, late twenties, hair black as night, gorgeous and muscular - her next-door neighbor and friend for the past five years, was at it again. Doing what he did best - turning romance into a career. He holds a gorgeous blonde woman in his arms, toying with her emotions.

Cynthia chuckles softly and shakes her head. Taking quiet steps so he doesn't see her, she moves up the walkway. Through the stillness of the night, she can hear Damien and BARBIE-wannabe's conversation.

Damien pushes away from the woman, grinning.

Barbie wags her fingers at him in a goodbye wave.

DAMIEN
Why? You have my number.

Cynthia snorts a soft laugh as she nears her front porch. She stops just underneath the porch light, still trying to find her keys. Growling, she positions the briefcase under one arm to free up both hands in order to hold the purse and search for her keys. Finally locating them, she then balances everything in her arms as she bends and aims the key for the keyhole.

DAMIEN
Do you need any help, mi amore?

Cyndi jumps, dropping everything in her hands. Being unsteady, she falls to the cement and lands on her butt.

Cyndi
(glares up at him)
Damien Giovanni, why do you always sneak up on me like that?

Damien grabs her car keys before taking her arm and helping her stand.

DAMIEN
(grins)
Because I like the way you jump.

She folds her arms across her chest.

CYNDI
Just give me my keys. I'm not in a teasing mood this evening.

He dangles the keys in front of her, wagging his eyebrows in the cocky, infuriating - charming - way of his.

DAMIEN
What are the magic words?

He tilts his head back and laughs. The porch light illuminates his handsome features; straight nose, strong chin, and lips.

DAMIEN
Oh, mi amore, you really know how to tickle my funny bone.

CYNDI
Yeah, well... you really know how to irritate me sometimes.

As she slides the house key into the lock, Damien leans against the outside wall, grinning wide. She doesn't want to look at him for too long, but she finds herself meeting his gaze. Slowly, his grin disappears.

DAMIEN
How are you handling things today? It's been one month since Tim left.

CYNDI
It has? I haven't even noticed.

Damien cups her chin so that she can't look away.

DAMIEN
I know you too well. Don't act like you don't know that today is the anniversary of your break-up.

CYNDI
I'm glad he left. My life has been much better without him. So I'm really okay. I promise.

Nodding, he drops his hand, and his smile returns, but not fully.

DAMIEN
Okay. If you say so, but don't get upset at me for worrying about you. One day you're going to thank me, you know.

CYNDI
The only time I'll thank you will be in your dreams, buddy.
Damien narrows his gaze and stars dreamily at her.

DAMIEN
My dear Cynthia Randall, it will be in your dreams.

He winks, turns, and walks into his townhouse. 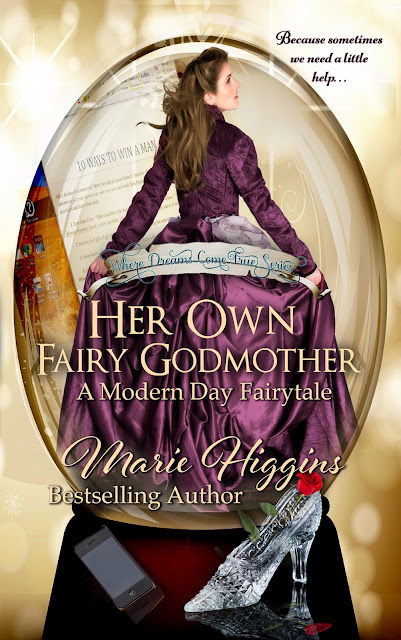 Posted by Marie Higgins at 10:36 AM No comments: