The book I'd written for the multi-author boxed set "Sweet Summer Kisses" is getting an overhaul. Well, to be more precise, I'm expanding the story. When I wrote "Stealing the Duchess" I knew it would have to be short, sweet, and to the point, because all the stories in "Sweet Summer Kisses" were novellas. Here, pretty soon, the boxed set will no longer be available for purchase, and so I'm going to add more to my story and turn it into a novel. (I'm halfway there already!)

I've decided to let you read chapter one. Enjoy! 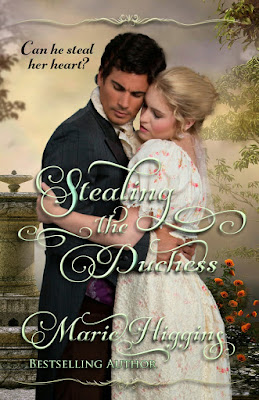 When Julian Stratford seeks out to steal the duchess as an act of revenge, he mistakenly steals the wrong sister—a wallflower, no less. As they work together to try and solve the mystery, they soon discover that not only are their lives in danger, but so are their hearts.