I'm happy to tell you about a new series... Sort of.  When I first wrote these stories, they were focused in the Colonial era. I had awesome book covers, and great reviews. But the sales haven't been there, especially since readers were loving these stories.

Then I found out why.


Apparently, Colonial Romances don't sell very well. I certainly discovered that. But then I was told that Regency Romances do sell well. So the editor inside my head decided to plot out a way to revise these stories and move everyone to England in the Regency era. In less than two weeks, I had revised all of these stories.


Special sale price of only 99 cents - all through July!! 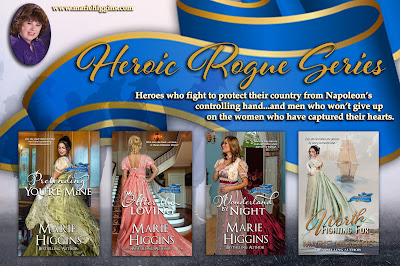 During the chaotic years when Napoleon Bonaparte’s spies were everywhere, who can one trust…especially with their heart? The Heroic Rogue Series takes the reader into the Regency era and focuses on the heroes who will do anything to save their country from being taken over by the emperor of France, but most importantly, those men who are willing to risk their lives for the women they love. 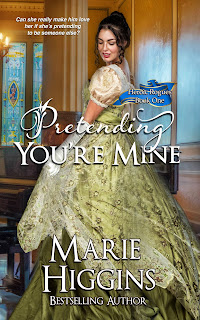 Mercedes Maxwell is devastated when her twin sister is driven to take her own life by none other than her husband, William Braxton. Determined to make her brother-in-law pay for the injustice, Mercedes travels to Dorchester, England to find him. She is shocked to find that William is unaware of his wife's death, and when Mercedes is mistaken for her sister, she decides to pose as her twin to glean some answers. Mercedes embarks on an adventure she never dreamed of in hopes of bringing justice to her sister. Instead of justice, Mercedes uncovers a plethora of secrets and mystery. As she works to unravel the mystery and discovers who she can trust, Mercedes finds that all is not as it seems, and that William Braxton may be the one man she can trust. 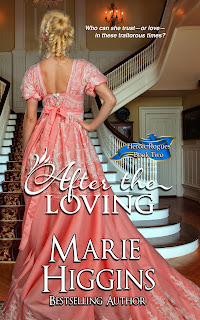 Marcus Thorne wears several masks in his life—playing retired pirate, Captain Hawk, is his favorite, but if his secret is discovered, he could die. Captivated by his enemy’s daughter, Marcus kidnaps her, but in turn, she captures his heart…until he discovers Isabelle is one of Napoleon’s spies with the power to endanger his life and the lives of his friends.

After her release, Isabelle can’t stop thinking about her masked abductor and how he’d stolen her heart before ridding her of his presence. Betrothed to a man who strangely reminds her of the man whose kisses set her ablaze, she marries him, only to discover he’s not who he seemed to be as is withholding secrets. But then…so is she. 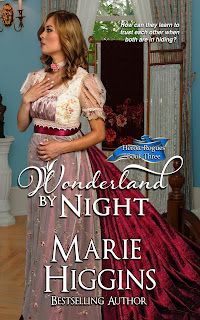 Lady Sarah Emiline Lucia needs to hide her identity for fear that mobs will kill her and her family after her uncle—Napoleon Bonaparte—is exiled to Melba. She is sent to Hampshire, England to stay with friends of her father. To stay safe, she must play the role of her maid, while her maid assumes Lady Sarah’s identity. Complications arise when she meets the very handsome man, and she suddenly wants him to look at her as a real woman, not a servant. Protecting her life, however, is more important than confessing the truth

Gabriel Lawrence’s pirate ship is almost captured and this time it was too close. He and his crew need to hide for a few months in hopes that Napoleon’s men who seek revenge, will soon forget about him.  During his stay at his aunt and uncle’s in Hampshire, he meets the niece of his enemy. Because she doesn’t know who Gabe is, he will become close to her to see if she knows any more of her uncle’s secrets. But the beauty of her companion, Miss Emmie, captures his attention, and her quirky personality keeps him wanting more. But her over-zealous nature for adventure places both of them in danger and he’s forced to play the honorable rogue.

How can he protect them both when an unknown spy is always one step ahead…and wants Gabe dead? 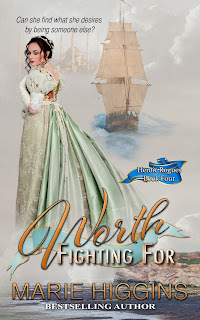 Lindsay Lennox, daughter of the governor of Turkey, worries she’ll never have the chance to meet a man and fall in love. Being the youngest of eight daughters, it is customary for all of her sisters to marry before she can be out in society and even meet a man. Her twenty-fourth birthday is coming quickly, and she’s running out of hope. Desperation takes hold and she disguises herself as a servant in order to slip through the palace gates. Disaster strikes when she meets a handsome sea captain and is mistakenly whisked across the sea to England. Lindsay knows her only hope of salvation will be to find her Whitton relatives in England and beg for help. Unfortunately, the devastating Captain Braxton proves more temptation than her lonely heart can resist.


I love meeting new writers, and I love telling my blog friends about them, too!  So everyone, meet Patricia Preston! 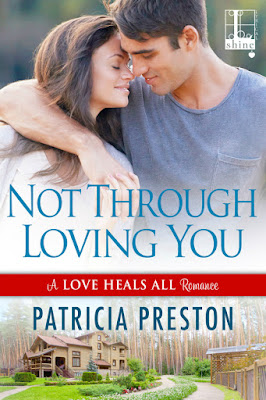 NOT THROUGH LOVING YOU

When a sickly infant is surrendered at the Lafayette Falls Medical Center, and orphaned soon after, pediatrician Aaron Kendall arranges to adopt him. After a painful divorce, the busy baby doc is about to realize his own dream of becoming a father when the baby’s beautiful estranged aunt turns up. She doesn't exactly approve of the Kendall bachelor pad complete with Aaron's cranky dad and wacky brother, forcing Aaron to form a risky alliance with her.

Country singer-songwriter Lia Montgomery barely knew her half-sister, but she's determined her tiny nephew goes to a good home. If only she fit the bill herself, but her stressful life on the road is no place for a baby. Yet despite her misgivings, as she gets to know Aaron, she realizes the smart and sexy doctor is everything a child could want in a dad and more unsettling, everything she's ever hoped for in a man. After all she's put him through, is it too late to form a family and maybe put a song in the good doctor's heart? 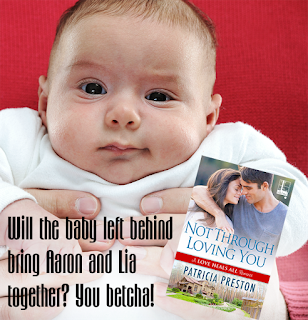 
She grinned as she considered the man across the table from her. With his looks, he could have given Cole Younger a run for his money with the ladies. She wasn’t certain about his personality. He remained reserved, almost indifferent as if he had herded his emotions off into a safe room, away from the threat she posed. She wondered if Cole Younger’s charm was buried beneath Aaron’s guarded façade?


“I wrote a song about Cole.” She held Aaron’s gaze. “The Outlaw in My Arms.”


He gave his head a shake. “There’s something wrong with you.”


“No, there isn’t.” She fondled her locket. “I wrote it for a western movie. An indie film about Cole and Belle. I’ve written a lot of songs with western themes,” she said. “I love the history and majesty of the Old West.”


“Have you ever seen Lonesome Dove?”


“Like a dozen times!” She tried to contain her enthusiasm. “It is so epic, and I love the music. It literally breaks my heart when I hear it.” She let out a deep sigh. “Plus there’s Woodrow Call. Tommy Lee Jones did such a great job. Woodrow Call is right up there with Cole Younger in that I’d run away with either one of them tomorrow.”


“Well,” Aaron sliced his steak with a brisk stroke of his knife. “I can see why you and Dallas Peyton are a couple.”


For the first time, her smile was artificial. “Yeah,” she answered quietly. It would appear to Aaron that Dallas, who had grown up on a ranch in and had the West in his blood, would be the perfect match for a girl like her. At one time, she had thought so, too.


After she had taken a sip of her wine, she shifted the conversation away from her relationship with . She found herself wondering what kind of woman intrigued the doctor. “Who fascinates you?”


He glanced up from his plate, looking at her as if she’d just spoken in ancient Aramaic. “Nobody,” he retorted, and he turned his attention back to his food. He didn’t say anything else as he rushed to finish his meal. It was a wonder he didn’t choke.


She took a couple more bites of the chicken and pushed up her half-finished plate.


“I’m a picky eater.” She settled back in the chair and emptied her wineglass. “Aaron, are you always so dark and serious?”


He tossed his napkin over his plate. “Would it help if I wore a gun belt and robbed banks?”


Award-winning author Patricia Preston writes mainstream humorous romance, historical romance and comedy. She is represented by the Seymour Agency. Her newest titles are part of a standalone series, Love Heals All, for Kensington Books/Lyrical Press imprint. She has several other e-book titles available including a historical romance, TO SAVE A LADY, set in the French Quarter during the Battle of New Orleans. She also has a comic short story anthology, DIXIE DARLINGS, available in print. Besides writing she loves music, photography, graphic design, and visiting her favorite historical locales including the French Quarter and the Natchez Trace.