Today on my blog we have the soon-to-be NY Times Best Selling author of Regency Romance... Ella Quinn!

I had the honor of interviewing her. Come and meet this awesome lady!  Leave a comment with your name and email for a chance to win a copy (either print or ebook - your choice) of her Regency Romance - The Secret Life of Miss Anna Marsh!


Ella’s studies and other jobs have always been on the serious side. Reading historical romances, especially Regencies, were her escape. Eventually her love of historical novels led her to start writing them.

She is married to her wonderful husband of twenty-nine years. They have a son and granddaughter, Great Dane and a Chartreux. After living in the South Pacific, Central America, North Africa, England and Europe, she and her husband decided to make St. Thomas, VI home.

Ella is a member of the Romance Writers of American, The Beau Monde and Hearts Across History. She is represented by Elizabeth Pomada of Larsen-Pomada Literary Agency, and published by Kensington. Her debut novel The Seduction of Lady Phoebe, will release in September 2013 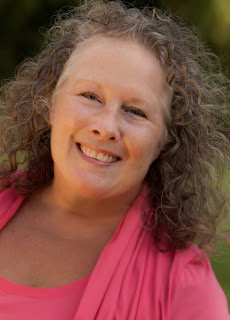 Marie: Ella, how long have you been writing?

Marie: What inspired you to write your first book?

Ella: I knew I wanted to write something, but didn’t know what. I’d heard “write what you know,” but I didn’t want to do that. Then I read an interview with an author who said, “write what you read.” After that, my muse moved in, and a scene of an angry Regency lady came into my head, so I wrote it down. A month later, I had 100,000 words.

Marie: Which of your characters do you relate to most and why?

Ella: I don’t think I relate to any one character. I bond with my males first. I know exactly where they are coming from. My females take a little longer to finally give me their stories.

Marie: What book have you read too many times to count?

Ella: Probably all of the Georgette Heyer historical romances. Devil’s Cub is one of my favorite.

Marie: What is the best piece of writing advice you ever received?

Ella: Write three books for publication. I’ve since learned that some people write many more than that, but that advice started me off.

Marie: If you could hop into the life of any fictional character, who would it be and why?


Ella: Probably Sophy Stanton-Lacy from Heyer’s Grand Sophy. I love the way she goes out and does what she wants to. Though I probably wouldn’t marry my cousin.

Marie: What was one of the most surprising things you learned in creating your books?

Ella: How absolutely amazing and generous the romance writing community is. I have never met such a wonderful group of people in my life.

Marie: Ella, please tell us about your story: (I love your cover, by the way....)

Ella: You’ll meet Miss Anna Marsh and Lord Rutherford in The Seduction of Lady Phoebe. Anna is twenty-one. When she first came out, she expected Rutherford to propose. He didn’t for two reasons: First, he was her brother, Harry’s, best friend and second, he thought she was too young. When Anna’s brother died, they sort of drifted apart, though Rutherford always intended to ask Anna to marry him at some point. What Rutherford doesn’t know is that life changed drastically for Anna after Harry died. Because of that she now insists that he accept her as she is now and not as she was before. But when Anna hears Rutherford describe her as easy to manage, all bets are off.

This story has two and a half love stories, spies and smugglers.

Here is the blurb and a marvelous cover quote from the lovely Sally MacKenzie. 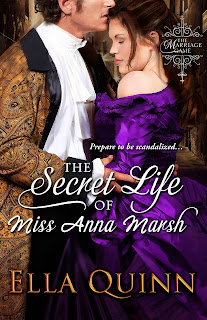 “Let yourself be seduced by this sexy mix of spies, smugglers, and happily ever afters.” —Sally MacKenzie

Since she was a young girl, Anna Marsh has dreamed of Sebastian, Baron Rutherford asking for her hand in marriage. But that was in another life when her brother Harry was alive, before she vowed to secretly continue the work he valiantly died for. Now as Sebastian finally courts Anna, she must thwart his advances. Were he to discover her secret, he would never deem her a suitable wife…
Sebastian has always known Anna would become his wife someday. He expects few obstacles, but when she dissuades him at every turn he soon realizes there is much more to this intriguing woman. Somehow he must prove to her that they are meant to be together. But first he must unravel the seductive mystery that is Miss Anna Marsh…

“Good morning, my dear,” Aunt Lillian greeted her. “Are you riding with Lord Rutherford again today?”
Anna swallowed. “Yes, he should be here soon. I need your advice. How do I convince Percy that I have no interest in him? The man is a coxcomb and a dead bore.”
Lillian laughed. “Get betrothed. That will stop him. Unfortunately, he is the type of man who cannot understand that he is not irresistible to women.”
Anna took a sip of tea and said thoughtfully, “I wonder if I can deny him when he comes to visit.”
Her aunt raised a brow. “That’s rather hard to do when he brings his mother along.”
Almost every day since Anna’s return, Lady Blanchard had come to call, accompanied by Percy. “I suppose you’re right.”
“You’re spending quite a bit of time with Lord Rutherford. Do you have intentions?”
Anna shook her head. “No. He does.”
“I thought you liked him.”
Anna set her cup down. “I do, but we won’t suit.”
Lillian frowned slightly. “This conversation is becoming distressingly akin to an interrogation. If you don’t wish me to know . . . ”
“Oh, no. It’s not that.” Anna rushed to reassure her aunt. It would be good to talk with someone. “Rutherford wants to marry me, but I heard him describing what he wants in a bride, and it is not who I am.”
“Ah, I see.” Her aunt’s eyes sparkled. “A challenge?”
“Not really. We haven’t spent much time together since shortly after Harry’s death. He will soon come to realize I am not for him. We will be no more than friends.”
Aunt Lillian brought her cup to her lips. “Are you quite sure?”
Anna sighed. “Yes. So you see, Rutherford is not the problem. Percy is.”
“I take your point. He is rather a bother.” Lillian’s brow wrinkled. “Let me put my mind to it and see what I can come up with.”
“Who is rather a bother?” a pleasantly deep voice asked from the door. “I hope you don’t mind. I told Ledster not to announce me.”
Anna couldn’t help smiling. Having him around was like old times. Still, it hurt, and she wished he’d figure out soon that he didn’t want to marry her. “Good morning, Rutherford. No, I don’t mind. Would you like some tea?”