I'm writing my newsletter on my blog today, and I'll be watching to see how well this works. So bear with me during my trial & error time. I'm hoping this way I can engage readers a little smoother. Wish me luck!

There is no new release today, however, my American Western Romance - An Agent for Claudia - is really kicking butt in the review department. I'm thrilled how many great reviews I've been getting. You'll have to check them out, and while you're there, purchase the book yourself and read to see if the reviews are telling the truth. 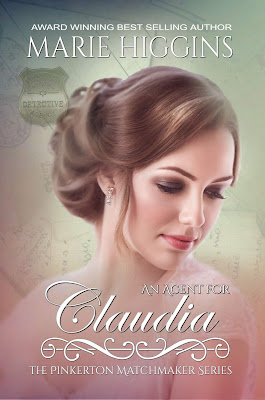 My next release is almost here. June 5th can't get here soon enough!! Do you remember reading "Loving a Scoundrel"? Well, this is Priscilla's story. She was in that story, and in "Roguishly Matched".


What more can the second daughter of a tradesman hope to gain in life than becoming the companion of Dowager Duchess of Englewood? Especially, when she was resigned to become a spinster? However, misfortune strikes Priscilla Benson’s world once again, when one of the men who had broken her heart, returns and brings more havoc. She’s determined not to let the rogue steal her heart again. And yet, she finds she’s drawn to him more now than ever before.

Gavin Hamilton’s new title as Duke of Englewood is more difficult than he could ever imagine. Not only does he have to straighten up his own wayward life, but now he needs to repair the damage done by his deceased father, to his family’s name. But when Gavin gets caught in a scandalous situation with his grandmother’s new lady’s companion, he must not return to his former life as a rogue. Instead, he’ll do everything he can to make Priscilla look at him as a true gentleman. 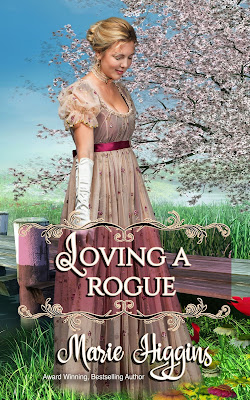 
You really need to check out these awesome clean romances! 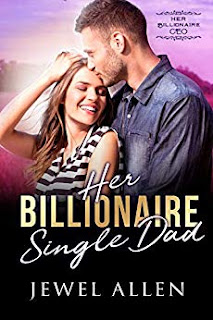 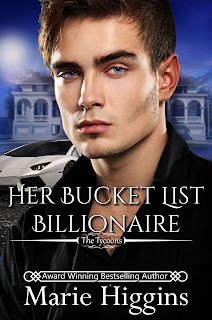 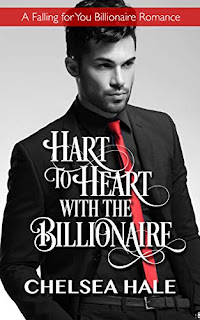 AUTHORS HELPING AUTHORS...
SHARING MORE FUN STORIES!!
I like to find authors who have new releases or have discounted their books, and share them with my friends! I hope you check them out! 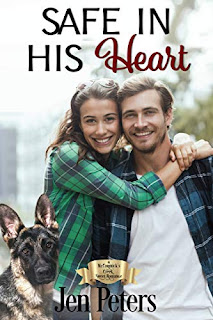 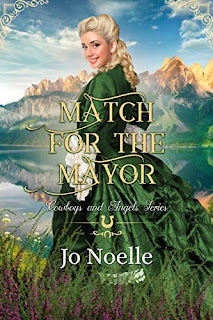 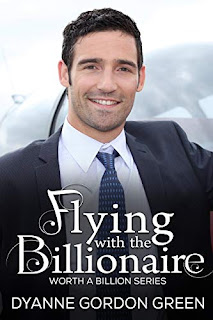 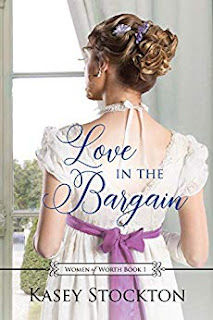 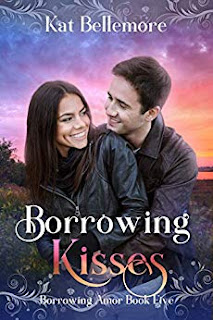 CLICK HERE to find all of my books on AMAZON

Posted by Marie Higgins at 8:56 PM No comments:

SNEAK PEEK - An Agent for Claudia

We all like sneak peeks, right? For those readers who are following the Pinkerton Matchmaker series, my book will be here in a few days!! 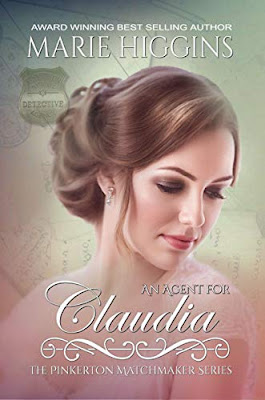 A stone bench beckoned her, and she breathed an exhausted sigh as she sat down. She literally loathed these parties. All society wanted to do was create gossip and ruin people’s lives. Why couldn’t her neighbors leave her in peace and let her live the way she wanted without being so judgmental?


She prayed every night Johnny would return and save her from greedy men like Phillip. The whole time Johnny had been a soldier for their dear confederate land, she’d watched for the monthly list of casualties, but his name was never on it. He’d promised her that they’d marry right after the war ended. They were in love, and nothing would stop their dreams. But time passed quickly and threatened to squash her future plans.


Charleston’s heat nearly suffocated her, and she longed to pull apart the first two buttons on her bodice to allow air to cool her a bit. Instead, she adjusted the yellow skirt over her legs, careful not to disrupt the neatly laced shorter skirt around her waist. What a bother to have to wear all of these layers when it was much cooler to lounge in her chemise inside her room next to an open, shaded window.


A group of men’s jovial voices neared her secluded spot. She held her breath and stayed still, praying they would walk past and not bother her seclusion. Luckily, they were content to stand on the other side of the hedges and smoke their pipes and cigars. She whipped her fan out to wave the stench of their bad habits away from her face.


“Doesn’t Miss Tandy look lovely today? I don’t think I’ve seen her mother chasing after her as she usually does.”


The voice sounded like Frank Winslow, a man who was engaged to marry Bethlyn Mayweather, a good friend of Claudia’s. She rolled her eyes. Men. Sometimes they were worse than women with their gossip.


The men chuckled, and then their laughs quieted. “Actually, it is Miss Cummings I have my eye on.”


The voice was one she didn’t recognize, and she leaned closer to the hedges to hear what this particular man had to say about her. She would box his ears if he said something inappropriate.


Claudia gnashed her teeth. Adam was very close to being reprimanded in front of his friends.


“No, I have not yet had the privilege,” the unrecognizable voice said.


The men laughed again, their humor grating on her already frazzled nerves.


“Ah, that explains it. She’s a scrumptious vision, to be sure, but once you get to know her, she’s as cold as ice.”


Fuming, she jumped to her feet, but her legs wouldn’t allow her to move any further. She’d teach that Frank Winslow to open his mouth and speak nonsense about her… if she could convince her feet to walk around the hedges first.


“She seems like such a charmin’ lady,” the strange voice replied.


Whatever happened during the silence made the men laugh. Anger coursed through her until she was ready to scream. But she remained still, listening.


“Winslow is right,” Henry Williams said. “Miss Cummings is as frigid as a glacier. Her family has money, plenty of it, but the little filly is not going to share. She’s half crazy, believing her dead soldier will suddenly come back into her life and marry her. She refuses to look at any other man. She’ll die an old maid, I’ll bet good money on it.”


A heavy pulse throbbed in her skull and brought tears to her eyes. How dare they talk about her as if… as if… She swallowed hard and placed her hand to her chest, reminding herself to breathe slower before her head exploded.


Although she hated to admit it, they were right about one thing. She wasn’t ready to look at another man until she learned what had really happened to Johnny. After all, he still held her heart and she would only marry the love of her life.


“That’s unfortunate,” the strange man was saying. “I think she’s a lovely woman with a warm smile.”


Taking a deep breath, she nodded. At least one man was on her side.


“Do you, by chance, have ideas about trying to steal her heart?” Henry chuckled.


The men roared with laughter again. “I would certainly love to see you try,” Adam said. “In fact, I’m willing to place a bet on this.”


She gasped, quickly covering her hand over her mouth, hoping they hadn’t heard.


“Yes.” Adam’s high-pitched laugh unnerved her greatly. “I bet you a month’s salary that you won’t be able to charm the Ice Queen.”


The other men gathered around voiced their agreement toward the bet. “I’m not sure,” said the stranger. “I’m low on funds as it is.”


“Ah, come now. You’re a handsome, strapping young man. I think you should at least give it a try. You never know, you might win.”


How she’d like to throttle her so-called friends right here and now. Yet a part of her wanted to side with the stranger, even though she knew he’d never win. But more than anything, she’d like to show those others that she was not an Ice Queen.


Then again, perhaps she was. She wanted only one man – her soldier.


The men’s laughter faded with their retreating footsteps. Good. They were gone. Now she could come out of hiding. She peeked around the edge to see how far they had walked. Frank, Henry, Adam, and the other man headed toward the river’s edge. She tiptoed from behind the hedges, keeping her eyes on them. Who was that man with them, anyway?


When the group laughed again, the stranger turned his head, allowing her to see his profile. She sucked in a quick breath. Mr. Bentley. He was the stranger Phillip had told her about. No wonder he’d studied her so intently during her dance with Phillip.


As she watched them, she bunched her hands into fists. If only she could teach them a lesson for spreading false rumors and being so vicious.


Ideas swirled in her head and she grinned. She was not a malicious person by nature, but after what she’d overheard, she wanted to get back at them in some way. It might be the only way she could repair the damage done to her heart.


Coming to a decision, she grinned. She would have fun at their expense and perhaps make some money herself. That would be the perfect revenge.