The Sweetest Kiss - going to PRINT!

This is book #1 in my Regency Romance series... 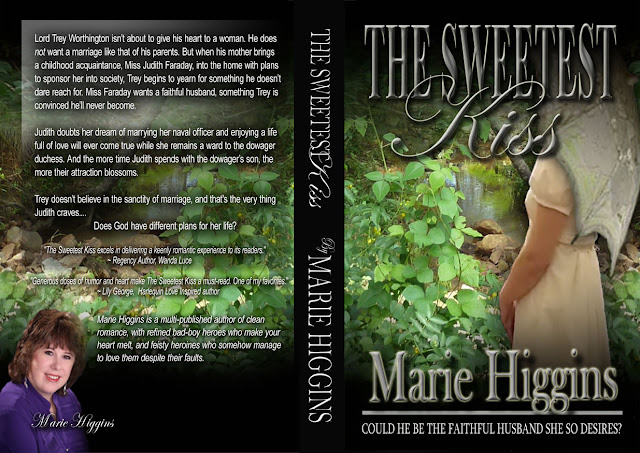 
Judith Faraday is only after one thing—to marry her Naval Officer and enjoy a life full of love. She’s doubtful her dream will ever come true while living as the ward to the dowager duchess. However, the longer Judith is with the dowager’s son, Trey, an attraction blossoms. Judith now wonders if God has different plans for her life, because Trey doesn’t believe in the sanctity of marriage…the very thing Judith cannot do without.


Watch fun book trailer - click link (the cover on the video is different, but it's still the same story!)

My story is also available for purchase on Kindle and Nook.
Posted by Marie Higgins at 7:01 PM 4 comments:

My grandson is in T-ball this year and tonight was his first game. His team had only one practice, so it was quite comical to watch those kids trying to figure out what to do after they hit the ball. lol

The first time Xavier hit the ball (it took him three times to hit the ball without knocking down the "T" on which it sat) he ran to first base. Okay - coach helped him to run to first base since he didn't know - but then none of the other kids knew what they were doing, either. Anyway, the next kid gets up and hits the ball - which comes toward Xavier. So he ran after the ball instead of running to second base. Yeah...times like this I wish we had brought our video-recorder. Sheesh! lol  Needless to say, the whole game was full of kids doing funny things.

Here are some pictures of my grandson...

Never have I been more anxious for a book than I am for "Reaching Heaven" - book #2 of my Grayson Brothers Series (Christian Historical Romance). Book #1 - A Walk In Heaven. Sheri McGathy - the wonderful lady who does my covers - made this one for me. Now I REALLY need to get this baby written and published!!  Awesome cover, right? 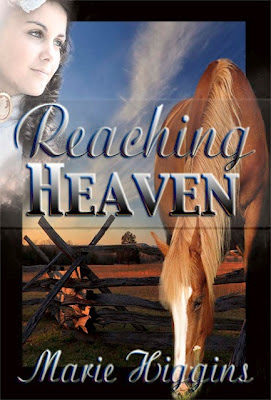 Secrets were meant to be hidden.
As a young girl, Adella Lancaster witnessed the brutal murder of her mother and brother after their father’s part in another man’s death. She and her two younger sisters just barely escaped and was able to start a new life in a new town, with new identities. Seven years later, a man rides in from the town where her family was killed. Although she doesn’t like Peter Grayson, she wants to know what really happened to her family. Her nightmares won’t go away until then. In order to do this, she must convince Peter to return her to her hometown—without telling him why.
For seven long years, Peter has prayed for answers about the man responsible for killing his uncle, and while looking for land to upstart his own cattle ranch, he unexpectedly stumbles across a young woman who just might be in possession of the answers he’s been searching for. Soon he can’t stop thinking about the pretty woman harboring a secret he’s certain has something to do about his uncle’s killer, but will his quest for truth sever the Lord’s true plan for him—a life of true love…and forgiveness?
Posted by Marie Higgins at 10:49 AM 8 comments: