My story is out!

I'm so excited to have "Stealing the Duchess" available for purchase now. Although this is a shorter stories, it's still full of suspense and twists. I hope you enjoy it! 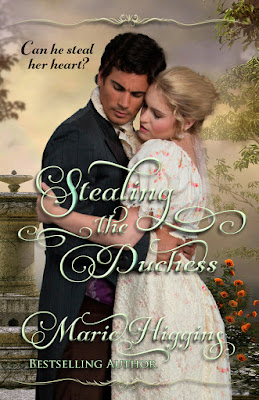 This story is in a boxed set for now titled "Sweet Summer Kisses". The boxed set is a LIMITED TIME ONLY, so get it while you can! 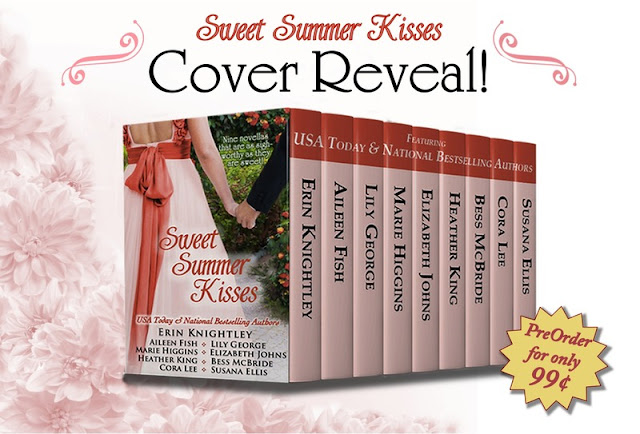 Posted by Marie Higgins at 10:36 AM No comments:

I'm so excited to announce the cover reveal for the newest boxed set I'm with - "Sweet Summer Kisses". These ladies are just wonderful, and I'm thrilled to be alongside of them in this boxed set.

"Sweet Summer Kisses" will only be available for a limited time, so pre-order this special collection NOW!

This anthology contains nine fun, heart-tugging, and wholesomely romantic Regency novellas that are as sigh-worthy as they are sweet, brought to you by USA Today and national bestselling, award-winning authors. 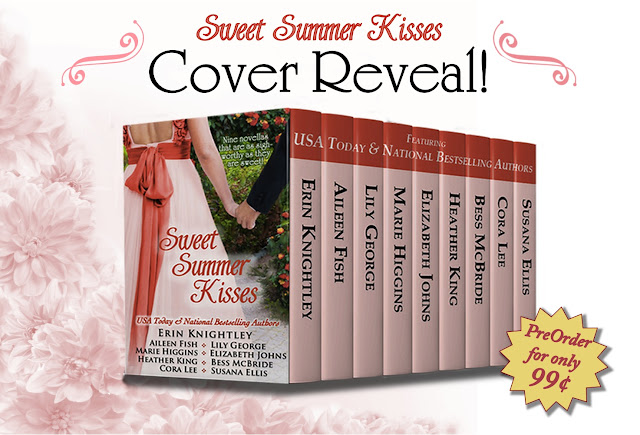 Deceived by a Duke by Erin Knightley, USA Today bestselling author
When strangers meet during a summer sojourn to the continent, love soon blossoms under the Spanish sun. But things aren't all what they seem. When Libby discovers her English gentleman isn't at all who she thought he was, can their new relationship survive the shock of being . . . Deceived by a Duke?

Captivated by the Wallflower by Aileen Fish, USA Today bestselling author
Finding the perfect husband for wallflower Lady Susan is a means to an end for Viscount Knightwick. Falling in love is not part of his plan. Can he keep his heart safe while making hers happy?

A Most Suitable Match by Lily George, national bestselling author
Can confirmed bluestocking and matchmaker Louisa Bradbury compose her own happily ever after with Thomas, the wallflower of the rich and powerful Wright family?

When Julian Stratford seeks out to steal the duchess as an act of revenge, he mistakenly steals the wrong sister—a wallflower, no less. As they work together to try and solve the mystery, they soon discover that not only are their lives in danger, but so are their hearts.


First Impressions by Elizabeth Johns, national bestselling author
A widower earl, still in need of an heir, reluctantly sets off for London in search of a wife. He infinitely prefers the role of recluse to that of dashing beau. The Season’s Incomparable prefers books to balls, and cannot wait until the Season is over. Their initial prejudices prevent them from feeling they would suit, but an unlikely source may give them another chance…

Treasure Beyond Words by Heather King
Having trusted the wrong man, bluestocking Amelia Burcott is forced to seek employment as a governess in order to support herself. Little does she realize, when she joins the household of the Earl of Raftesbury, that he has a secret as great as her own and needs the right woman to help him conquer his past.

Save the Last Dance for Me by Cora Lee, award winning author
When Lady Honoria Maitland reunites with her old friend Benedict Grey, she proposes an arrangement: a faux courtship that will smooth wallflower Benedict’s re-entry into society and appease her dying father. But Honoria’s clever plan failed to account for Benedict’s heart...or her own.

The Third MacPherson Sister by Susana Ellis
Rebecca’s older sisters took the ton by storm while she herself has failed to attact a suitor in four Seasons. Miles is pondering his urgent need for a wife when Rebecca lands in his lap in the nave of Bath Abbey. A match between them seems ordained by the heavens… except for the little matter of his past history with her sisters.