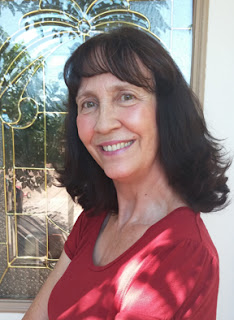 Linda Weaver Clarke is from Color Country, which is located in southern Utah. It’s a beautiful area full of red mountains, which sits likes an oasis in the middle of the desert. She had traveled throughout the United States, teaching people to write their family history and autobiography at libraries. She is the mother of six daughters and has several grandchildren. Linda is the author of several historical romances, a mystery suspense series, a children’s book, and a cozy mystery series. All her books are family friendly. Visit www.lindaweaverclarke.com.

Linda, I noticed you are writing a cozy mystery series. This is different from what you’re used to writing. What made you decide on cozy mysteries?

After writing historical romances for a while, I wanted to reach out and challenge myself a little more by trying another genre. The writing process between romance and mystery is quite a change for me with a completely different mind set. With romance, you plan out the plot around the meeting of a couple. As you write, you develop some sort of charisma between the characters, making the reader feel excited that one day they're going to fall in love. You, as the reader, know the outcome. But with a mystery, the reader is in the dark. The author has to come up with a plot that no one can figure out until towards the end of the story. In a way, it’s more challenging. This genre is quite popular and it’s one of my husband’s favorites.

That does sound like it would be fun to write! So it looks like your new release is #7 of the Amelia Moore Detective Series. Tell us briefly about The Lighthouse Secret.

I call this series a “romantic” cozy mystery. Amelia Moore, the founder of the Moore Detective Agency, specializes in missing persons. With the help of her good-looking partner, Rick Bonito, the business is flourishing. Rick Bonito’s uncle supposedly drowned five years ago and his body was never found, but something did not seem right about the report. Uncle Antonio was an excellent swimmer. His disappearance seems quite suspicious to Rick’s father. He never felt the complete truth had come out about his brother. It is now up to Amelia and Rick to find out the truth about his uncle. 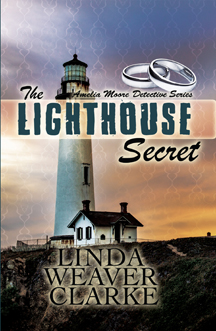 Wow! This story sounds like something I'd really love to read. Will there be any more books in this series?

After writing seven romantic cozy mysteries and four mystery suspense novels, I decided to go back to historical romance, which is my favorite, after this last book. I’ve already started a new series and I’m very excited about it.

Where can readers find you on social media.

Thank you, Linda. I know you'll do great with this series.

**CONTEST**
Leave a message on this blog with your name and email, and you will be entered to win a free ebook of Linda's newest release, "The Lighthouse Secret".

I found an awesome review that I just had to blog about!!

My first YA Fantasy book, The Witch Hunt (book 1 of the fairy tale series, Where Dreams Come True) was reviewed by InD'tale! magazine! Not only did the reviewer give it a 4.5 star review, but they gave it a "Crowned Heart" for excellence, which means it's one of their TOP PICKS! 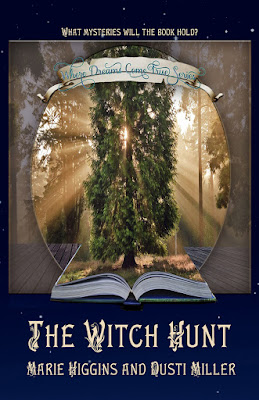 The story’s prologue occurs in 1720 Salem, Massachusetts, with a cursed book snatching two teenage brothers from their world into a fantasy forest. The first chapter picks up in current day Salem, with football-jock-cheerleader chasing Rick Stevenson taking on a hundred-dollar dare from fellow jocks to break into the local “haunted” King family house. His nosey (and polar opposite) twin sister, Brooke, follows him inside, hoping to talk him out of it. Eric King, their strange, reclusive neighbor discovers them but not before Brooke takes the troublemaking book. Eric is the King family’s “Keeper” of the book, but is no match for Brooke’s curiosity. Eventually, all three teens are sucked into a land of macabre fairytales gone wrong.

This story is sure to tickle the fantasy of YA readers, keeping them glued to the pages until the very end! Although television series like “Once Upon a Time” have cheated stories like these of their uniqueness, this one is still quite an entertaining read, with plenty of conflict for young minds to ponder. What’s more, the story is bursting at the seams with uplifting morals and lessons in the form of facing fears, respecting opinions of others, and most notably, not judging a book —or individuals—by outward appearances.

Ms. Higgins and Ms. Miller have scored a winner with this fantasy geared toward younger readers from pre-teens to fourteen or so, as well as more mature readers who are young at heart! Lori Leger

Here is the link to the online magazine - http://magazine.indtale.com/magazine/2016/may/