Want to win a book?

There are actually a couple of ways to win. My publisher is giving away three copies of Winning Mr. Wrong - click here for more details. 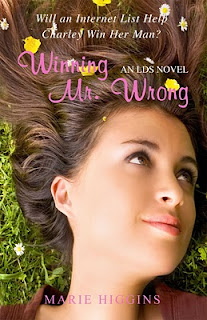 And I am holding my own contest. If you want to win a copy of Heart Of A Hero - my newest release - all you have to do is leave a comment and answer this simple question. Who is your hero and why? Make sure you leave your email address in your comment so I can contact you to let you know if you've won. This contest will go until Oct. 1st. 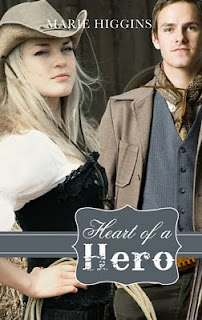 When Summer Bennett returns to Richfield after a five-year stint at her aunt’s finishing school, she discovers a lot has changed. Her father has suffered a crippling injury, and Summer is desperate to get the money to pay for surgery that could allow him to walk again. She hears of a reward offered for the capture of a cunning gang of bank robbers, and her years of etiquette training fall by the dusty roadside.

What Summer doesn’t count on in her quest to capture the bandits is the competition from her family’s longtime friend, Jesse Slade. Now a deputy marshal and local hero, Jesse keeps thwarting Summer’s plans, just like he did when she wore pigtails. She would like nothing more than to use Jesse’s head for a slingshot target, but soon Summer finds her aim shifting from his head to his heart. Problem is, Jesse is engaged to her sister Violet.


For seven years, little Summer Bennett was the burr under Jesse’s saddle. Now he feels a different irritation as Summer is always on his mind—whether he wants her to be or not. But Summer’s father expects him to marry Violet, and he won’t let him down. So why does Jesse find himself encouraging Summer’s attentions, and why do sparks fly every time they are together?

Just dropping by to say HUGE congrats on the new releases. Hope all is well with you.

first off: i am so happy and proud of you!

second: my hero is my mom. because she honestly loved to give...she loved everyone she met and wanted to be their friend...and because she did her best every day.

hopefully, someday i will live up to her example. until then, i will continue fighting to keep her family strong until we're with her again.

My hero is Albert Einstein. His methodology was thought experiments. These can sometimes be very interesting. I have one that I do not have an answer for. It goes:
Draw a circle. This is the universe. It is expanding. Three questions.
1. If you go to the edge of that circle that is the universe and exit to the other side of the circle, what is there? If it is nothing then the universe expands into nothing creating something. But:
2. How far does this nothing extend and is there an end to it?
3. If there is no end then is it wrapping around creating a sphere of nothing with the universe inside? Thus, can this sphere be penetrated to see what is on the other side?

I don't know that I have a hero - is that lame or what? My parents would be the closest thing. The book sounds great. Congratulations.

My hero is my husband. He has always been especially supportive of my writing. In the past couple of years, I've had some health issues, and he has stepped up to take over cooking and cleaning the kitchen and errands so I can have more time to write. Can you see why I call him my hero?
caroline@carolineclemmons.com

I have a couple heroes. First is Jesus! I don't think I need to explain why :).

Then there is my beloved hubby, who is just such a fantastic guy. He never loses his temper, is incredibly gentle and kind, yet he is so very manly.

Just when I think I couldn't possibly love him anymore than I do, he does something that makes me love him more! NO--not buy me things haha.

For instance, once we were at traffic lights, six cars back in the cue. The first car didn't move when the lights changed to green, so everyone sat waiting until the lights changed back to red. My Dave realised the driver at the front of the cue must be having car trouble and got out, walked past the four other MALE drivers in front of us to the car at the front which was driven by a woman. She had her friend with her and a couple of kids in the back. She was crying because she couldn't get the car started and the obnoxious drivers behind were beeping her.

When the lights changed again, my David single-handedly pushed the lady's car around the corner out of the way and helped her to get it started.

He was the only man to help! My heart felt like it had swelled to fit my whole chest cavity. I think that day Dave became another woman's hero, too.

Hi Marie,
Congratulations on the new release.My hero is my late father who died before his time because of war injuries.

My mom and dad: immigrants who came here with nothing (not even the language) and made themselves an honest life. My mother-in-law too: both grandmas made it possible for me to work after the babies came along.

My cousin and my aunt: both women who have supported me thru more than can be listed here and ALL my first-name friends (they know who they are!)