What started out to be one story idea has blossomed into a whole series!!

I'm excited to tell you about my new Historical Western series "Sweet Savannah Home".  I plan on taking my readers to Savannah Georgia twenty years after the Civil War. I've only written one other Historical Western series - The Grayson Brothers - and those stories were focused around a family who lived in Montana on a cattle ranch.  But now I want to show readers how life was in Savannah Georgia during the late 1800's, and especially the challenges they faced.

I'm so excited to write this series!!  Thanks to my cover artists, Sheri McGathy & Lisa McDonald. And thanks to Period Images for some AMAZING model poses!!

Let me introduce you to my books: 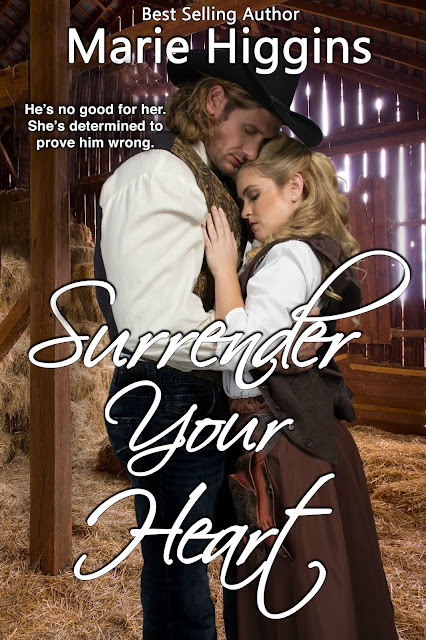 After a lifetime of heartache, Adam Hamilton knows bad luck follows him like a stray dog. He doesn’t dare get too close to anyone for fear something terrible will happen to them – like what happened when his wife and son died. After five years of drifting, Adam returns home to Savannah, Georgia, and learns his brother has been murdered. Determined to find answers, Adam decides to stay, but in his quest for truth, he’ll have to fight the ghosts of the past.


Emily Black races to Savannah after the sudden death of her sister’s husband. There Emily meets the cold hearted Adam Hamilton, and the man quickly proves to be an utter pain in her backside. However, as she gets to know him, she realizes the broken man is hiding beneath an aloof façade. Slowly, Emily softens toward him, determined to show him that good still exists in his life, and hoping he’ll include her in it. 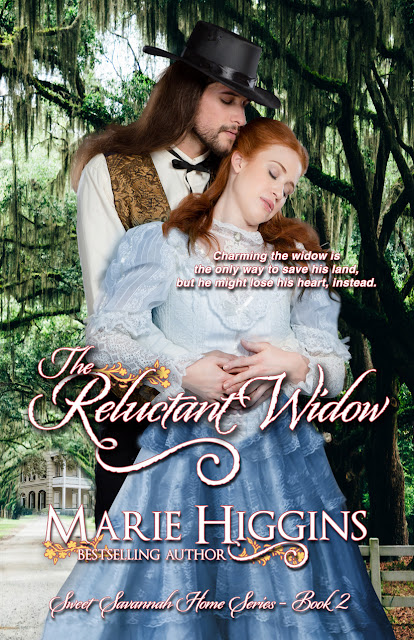 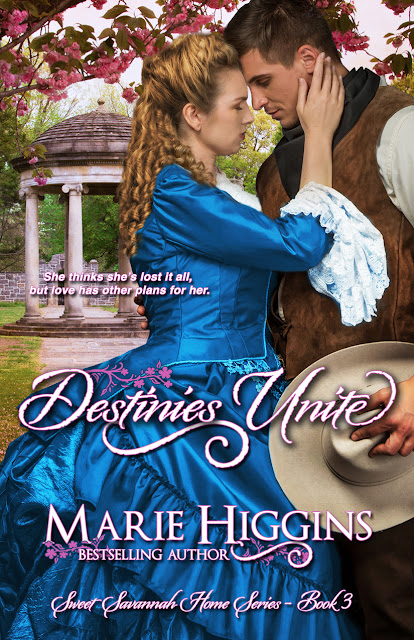 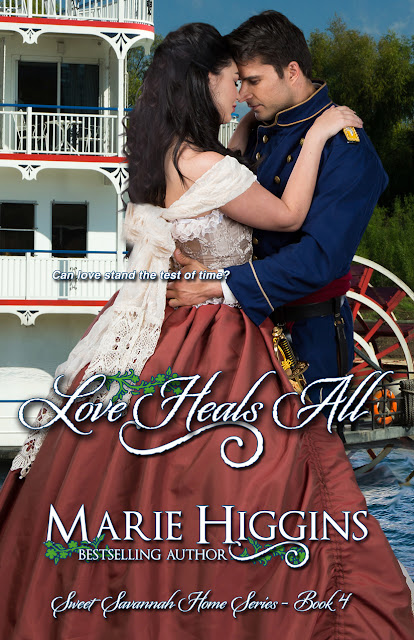 Posted by Marie Higgins at 3:00 AM