I'm so happy to introduce you to my NEW Christmas Romance - A Thrill of Hope.

If you love watching the Hallmark Channel's Christmas Romances... Then this story is for YOU!

Holly Kidman is determined to be the best movie-producer California has ever seen…until her mother’s broken leg ruins Holly’s plans and she must return home for the holidays. During her stay in her home town of Timberland, Montana, fate throws her with a man she’d rather not be around. And yet, once she can get past old grudges, she realizes the charming man and his large ranch inspire her more than she thought possible. Dare she hope for her dream-come-true?


Rafe Montgomery is pleasantly surprised when Holly suddenly returns to town. Still haunted by the one, less than eloquent, kiss they’d shared years ago, he’s disappointed by the haughty attitude she’s come back with. His hope is to change the stubborn and unforgiving woman he’s slowly having feelings for and to show her what Christmas is all about. 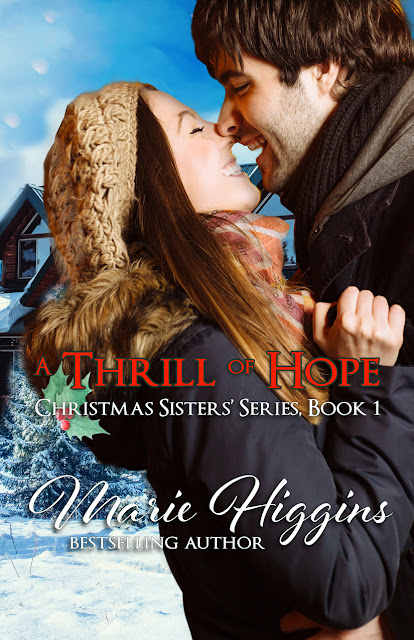