Need your help with a title!!

I've been working steadily on this story, and I think it's finally coming along. YEAH! However, I don't have a title for it, so I need your help.


If you have a suggestion, let me know by leaving a comment. If I pick your title, I'll name you in my dedication page, and I'll send you a free copy of the book when it's published.

This is how I picture my hero and heroine. So romantic!!


Here is the very rough draft of my first chapter. What do you think of my Victorian romance?? 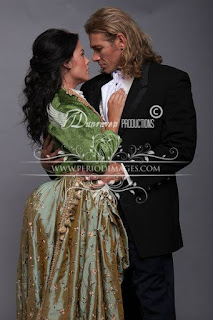