I'm very happy to introduce you to Karen Aminadra. I met Karen on Facebook, and I instantly fell in love with her writing. She writes CLEAN romances, just like I do!! 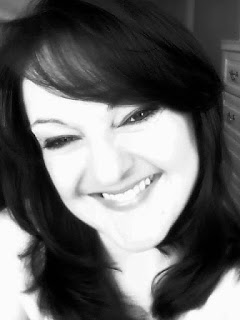 Today I am celebrating the launch of my eighth novel! Yes, eighth!
I cannot even believe I am here already! It has been such an exciting journey and wonderful four years since I published my first novel. 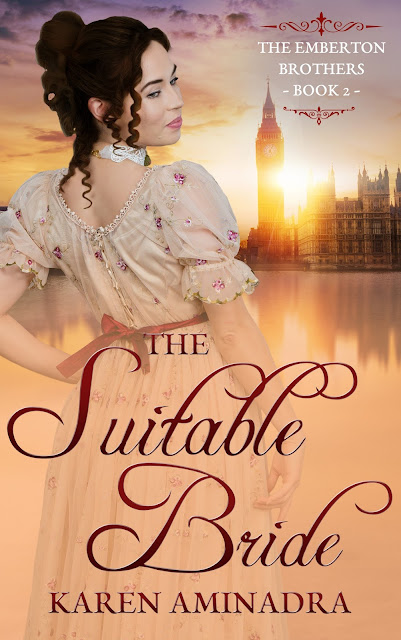 The Suitable Bride is book 2 in The Emberton Brothers series and is a clean Regency romance novel.
In the first novel, we followed the story of Richard, the eldest of the three brothers. In this book, we follow Edward the middle one.

Edward is the driven one out of the three. He has spent years working hard at achieving his dream. He’s a politician and dreams of being Prime Minister of Britain one day. He knows the advantages there are to be had in marrying and is eager to find a bride from amongst the set who will help advance his career.

Frances Davenport is the daughter of a lord. She is privileged and has led a life that has had its ups and downs…literally speaking ;-) She’s a little naughty. She doesn’t believe there is one single man out there who can please her as a husband and is resigned to that fact. Until she meets Edward, that is…

To celebrate the release of The Suitable Bride I am having a bumper giveaway with a big list of goodies! Please visit my blog to enter! And good luck! https://kjaminadra.wordpress.com/

BLURB
Edward Emberton wants to be Prime Minister. He has a passionate vision for the future of England, which includes the abolition of slavery. As the son of a tradesman, his journey to Parliament has been a difficult one, but there is only one thing left to cement this foothold on the steps to Parliament – a suitable bride. She must be of noble birth, reasonable intelligence, mild temperament, and extraordinary beauty.

Frances Davenport is most of those things. And a suitable marriage to Edward isn’t only the answer to her prayers; it’s a way to keep her secrets. Edward is handsome, driven, and better still, enchanted by her beauty. It’s more than a suitable match; it couldn’t be more perfect.

But appearances are often deceiving, and Frances’ beguiling beauty comes with its own set of problems. Edward and Frances are about to discover that there’s more to marriage than suitability because neither is as suitable as they seem…

She can usually be found sat at the computer either writing a novel, writing down new ideas or on social media chatting!

Her love of reading, writing short stories, and her childhood imaginary world led quite naturally to writing novels. Encouraged to read by her bookworm father and grandmother and by winning a writing competition in just her first year of secondary school, she was spurred on, and she has been writing stories ever since. Her love of mystery and plot twists that she put into that first story continues today.

She has travelled to and lived in many countries, not just in her imagination, and has gained an insight into people’s characters that shines through in her work. Today, with her feet firmly back in the United Kingdom, she travels the world, the universe and in time through her imagination and her novels.

In 2012 she received a B.R.A.G Medallion ™ for her debut novel Charlotte – Pride & Prejudice Continues.

In 2013 she was once again honoured with a B.R.A.G Medallion ™ for Rosings – Pride & Prejudice Continues book 2.

In 2016 she received another prized B.R.A.G Medallion™ for Wickham -Pride & Prejudice Continues book 3.


For more information and to download a free book visit  www.karenaminadra.com