The Next Big Thing - Time-Travel Romance

I have been invited to participate in this blog hop for the "Next Big Thing". This is a great way to find new authors and books out there. My thanks to Lauren Smith for inviting me to join. 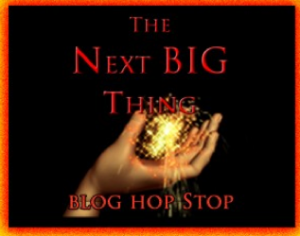 1: What is the working title of your book?
Love Lost in Time

2: Where did the idea come from for the book?
As many of my books - my stories start from dreams I had. I knew I'd wanted to write another time-travel romance, and when I had a dream about a historical man traveling through time...through a tree no less, I knew I had to write about this crazy dream of mine!

3: What genre does your book come under?
Time-travel romance

4: Which actors would you choose to play your characters in a movie rendition?
Ohhhh...I really hate this question. Mainly because once I see my book cover, I can't think of anyone else playing the part of my characters. But, if I have to pick actors, I think I'd pick Henry Cavill (the guy who plays the new Superman) as my hero Andrew Merrick, and Jax Turyna (who is not an actress, but a model friend I know who is one some of my book covers) to play my heroine Halle Chapman.

5: What is the one-sentence synopsis of your book?
The key to her future is locked in her past. 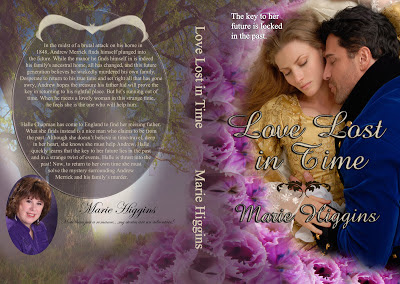 6: Is your book self-published, published by an independent publisher, or represented by an agency?
Self-published!

7: How long did it take you to write the first draft of your manuscript?
I'm still writing it...although, when I first started this story, it was over two years ago. I put it on hold so I could finish a few other projects that I thought were more important.

8: What other books would you compare this story to within your genre?
The only one I can think of is "Bid Time Return" by Richard Matheson. The book was eventually turned into a movie - "Somewhere in Time". Although this is the only story I can think of to compare with mine - my story is VERY different from Richard Matheson's story.

9: Who or what inspired you to write this book?
Just my crazy dreams!

10: What else about your book might pique the reader’s interest?
There is a little humor in my story (as will all of my books), and also my story will have an edge-of-your-seat mystery...a twisted mystery, in fact. Players from both the present and the past will keep the reader turning the pages to see how everything fits together in the end.

Here is an unedited excerpt:


Andrew leaned back against the wall of the gazebo and looked up at the new roof. Running, his fingers through his hair, he pushed the wet strands back on his head. The rainstorm’s timing couldn’t have been worse—or was the perfect time to interrupt the story? He didn’t want to see the look in Halle's eyes of unbelief, especially when he told her he was Lord Andrew Merrick and had come forward in time.


Sighing heavily, he turned his head to look at her. Once again, her gaze skimmed over his body, from the top of his head slowly down to his boots. When she met his eyes, confusion marred their depths.


“Andrew? I can’t help but notice how much you look like Lord Andrew Merrick’s portrait.”


Maybe telling her the truth wouldn’t be so hard after all.


He smiled. “It pleases me to know you think this. I’m also happy to know you don’t think I resemble the marquis instead.” Since the wrinkles and streaks of gray hair would certainly put him at his father’s age.


“No, not Marquis Harrington.” She rubbed her chin. “But I wonder why you look like his son so much. And why—” Her attention dropped to his chest once more— “Why you don’t look your age,” she ended in a whisper.


He pulled away from the wall and leaned closer to her. “What age do you think I look?”


Her cheeks reddened, but she didn’t draw back. “I’m a bad one to ask that question to. I know I’ll get it wrong.”


Halle stared at the man sitting so close to her, as his voice blurting out his age rang through her head. He couldn’t possibly be serious… Twenty-nine years old? Even though his face definitely didn’t look that young, his chest did. No man of forty could have such muscles. Then again, some movie-stars she loved had a chest like this.


Shaking her head, she chuckled. “If you’re going to tell me you’re twenty-nine, then I’m the Queen of England.”


The creases around his eyes deepened when he smiled. “Then shall I refer to you as Your Highness?”


She rolled her eyes. “Be serious, Andrew. You are not twenty-nine. I’m twenty-three, so that would make you six years older.”


Shrugging, he pulled away from her and aimed his stare out the gazebo doors. The rain had lightened considerably, but she was content to stay in here for now. Sadness tugged on his mouth, and she withered inside. She didn’t mean to make him feel bad. But he couldn’t really believe he was that young. Unless...


She leaned in closer to inspect his face better. His eyes didn’t look like he should be so old, but the wrinkles in his face, and the gray streaks through his hair proved differently. She had heard about a disease that makes people grow older quicker. Could he have that?


“Andrew?” She placed her hand on his damp shoulder. Through the wet cloth his muscles bunched. He was certainly strong for a man of his age. “Are you really serious?”


He turned his head her way and nodded. “I’m in my nine and twentieth year, Halle. The reason I don’t look my age is because...”


She held her breath. Gads, if he was really sick, she’d hate herself of teasing him. “Because?”


“Because I’m from a different time,” he whispered.


Time? Did he mean time zone? That didn’t make sense because he said he was born and raised in England. “What do you mean?”


He sighed heavily, turned his body and took hold of both her hands. Gently he rubbed warmth back into them as he stared into her eyes.


“One month ago, I was in Buckland Manor, with my family—Marquis of Harrington who is my father, my mother, my sister Georgiana, and my older brother, Edward. My brother had just married Helen. The night of the attack, I followed my father’s instructions and went to the tree to locate the hidden treasure when I saw the bright light coming within the tree. The trunk opened up and I stepped inside...and ended up here. Don’t ask me how, but I stepped through time, from 1848 to now.” He released the few buttons of his shirt and pulled the material down over his shoulder. “A bullet grazed my arm and here is the scar.”


The mark on his arm did look as if it wasn’t very old. But really… Time travel?


It took a couple of seconds for everything to sink in. Her first reaction was to burst out laughing, but she held it back. Seriousness laced his eyes, and deepened the tone of his voice. He actually believed he was a time-traveler! She’d never heard of such a thing. Then again, movies were made...books were written...


Although… He did look remarkably like Lord Andrew Merrick’s portrait hanging in the long hall.


He clasped her hands again as his thumbs stroked her knuckles, tenderness evident in every touch. “Halle, I didn’t kill my family, but I don’t know how to prove it. I wish I knew why God played this cruel joke on me and sent me forward in time, but I don’t. If I could return home to my time, I would do it in a heartbeat.” He licked his lips. “Please, Halle. You have to believe me. Out of everyone I have met since being here in a month’s time, you are the one person I have felt would understand…would believe.”


His voice—laced with sorrow—tugged on her heartstrings. It made sense, yet…she didn’t believe in time-travel.


Check out the book trailer -


I now want to tag these authors to post a blog about their books:

Love this Marie! I'm so excited to read this story!

Thanks, Lauren! I hope you enjoy it.

Great job, Marie. This book is waiting to be read. Tweeted.

I know this story is going to be great since I've read your first six chapters. I do love a good time travel!

Thanks, Gina, Ella, and Sandy! You are all awesome crit partners and I KNOW this story is going to be great because of all of you!!