MERRY CHRISTMAS TO ME!!!  Yeah, that's how I feel every time I get a new book cover.  Well...two of them aren't really new - at least the stories aren't - but I've given these books a face lift. I wanted all my stories in a series to resemble each other, so I asked my wonderful cover artist - Sheri McGathy - and this is what she came up with.  I am sooooo pleased!! 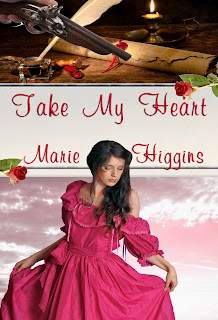 
Switching roles and the pursuit of freedom come together in the hunt to discover who can be trusted and who is really the traitor during the Colonial times. Mercedes Maxwell’s sister’s last wish was for Mercedes to find evidence against Kat’s husband, William Braxton, and have him hung as a traitor to the crown. Mercedes isn’t naïve when it comes to capturing traitors, because her own deceased husband had once been an agent for the King when they lived in England.


When she meets William Braxton for the first time, all is not as it seems. Portraying her twin, Mercedes knows this is the only way to get close enough to William to discover his secrets. What she finds along the way are little surprises she hadn’t counted on, especially when she begins to give her heart to a man who may be a spy against the crown. 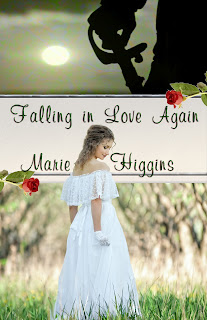 
Seeking revenge from the man who betrayed him and had him almost hung for piracy, buccaneer turned highwayman Marcus Thorne kidnaps his enemy’s daughter. Although captivated by her enchanting beauty, he’s forced to let her go when he discovers Isabelle is a Navy spy with the power to endanger the lives of his men.


After her release, Isabelle can’t stop thinking about her masked abductor, Captain Hawk, the pirate who stole her heart but whose face she’s never seen. Affianced to a man who strangely reminds her of the man whose kisses set her ablaze, she marries him, only to discover he’s not who he seemed to be. But then…neither is she. 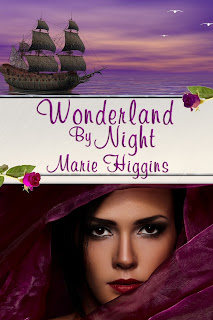 Book #3 (not yet published)


In a world where freedom is questioned and everything in in turmoil, Lady Sarah Emiline Townshend needs to hide her identity for fear mobs will kill her and her family after her uncle—a political leader—passed laws that the good citizens in Boston did not approve of.  Her father sends her to stay with some longtime friends of his in New Hampshire. Before she arrives, she decides to switch places with her maid. Now her name is Emmie, not Lady Sarah. This way she won’t have to look over her shoulder constantly, and she’ll be free of the restricting title of “Duke’s daughter”. But when she meets a handsome man, she suddenly wants him to look at her as a woman—not a servant. Protecting her life is more important.


Gabriel Lawrence’s pirate ship is almost captured and this time it was too close. He and his crew need to hide for a few months in hopes of the Royal Navy forgetting about them. During his stay at his aunt and uncle’s in New Hampshire, he meets the niece of one of his enemies—Charles Townshend. Because she doesn’t know who Gabe is, he will become close to her to see if she knows any more of her uncle’s secrets. But the beauty of her maid, Emi, captures his attention, and her quirky personality keeps him wanting more. But her over-zealous nature for adventure places both of them in danger and he is forced to play the honorable rogue.


How can he protect them both when an unknown spy is always one step ahead…and wants Gabe dead?
Posted by Marie Higgins at 8:02 PM

You have the best book covers! I love them all:-)

Nice covers! I love them.

Wow, Marie, very eye catching, all of them.

LOVE. Love the concept, the colors, everything.