I want to show you all my gorgeous new cover! This book isn't out yet - but hopefully I'll be able to finish it within the next few weeks. This is book #3 of my Colonial series. 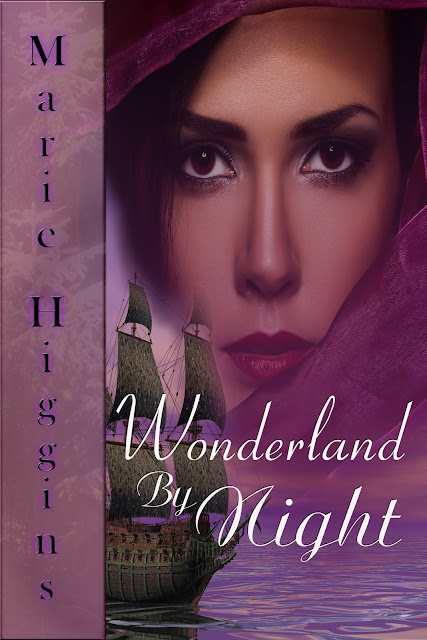 Not even disguises can deceive the heart.


In a world where freedom is questioned and everything in in turmoil, Lady Sarah Emiline Townshend needs to hide her identity for fear mobs will kill her and her family after her uncle—a political leader—passed laws that the good citizens in Boston did not approve of.  Her father sends her to stay with some longtime friends of his in New Hampshire. Before she arrives, she decides to switch places with her maid. Now her name is Emi, not Lady Sarah. This way she won’t have to look over her shoulder constantly, and she’ll be free of the restricting title of “Duke’s daughter”. But when she meets a handsome man, she suddenly wants him to look at her as a woman—not a servant. But protecting her life is more important.


Gabriel Lawrence’s pirate ship is almost captured. This time was too close. He and his crew needs to hide for a few months in hopes of the Royal Navy forgetting about them. During his stay at his aunt and uncle’s in New Hampshire, he meets the niece of one of his enemies—Charles Townshend. Because she doesn’t know who Gabe is, he will become close to her to see if she knows any more of her uncle’s secrets. But the beauty of her maid, Emi, captures his attention, and her quirky personality keeps him wanting more. But her over-zealous nature for adventure places both of them in danger and he is forced to play the honorable rogue.


How can he protect them both when an unknown spy is always one step ahead…and wants Gabe dead?
Posted by Marie Higgins at 5:56 PM

Gorgeous Cover!!
That ship is very intriguing--I wonder what it's about?
Great job and much success!
Stephanie Queen

Beautiful cover! And I loved seeing your family in the previous posts. Best of luck!

Ooh. Love the cover. Her eyes are so expressive. Very nice.

I'm late on the compliment, but I love this cover!