Guess what I received today?

I'm dancing around the house today. Look what I got to hold in my hot little hands today... 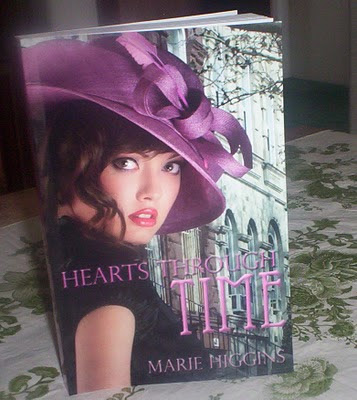 A love story that transcends time . . .


When a woman claiming to be a ghost from 1912 appears in Nick Marshal’s office and begs for help in solving her murder, he thinks he has lost his mind. A scandal that rocked Hollywood almost destroyed his law practice, so he doesn’t need any more fireworks as he rebuilds his life. Still, he is intrigued by Abigail Carlisle’s plea, and he needs clients, even if this one insists she’s dead. The more secrets Nick uncovers, the deeper he falls for the beautiful ghost.

Abigail believes Nick is her heart’s true desire, but how can happily-ever-after happen when she’s already dead? The more time she spends with him, the more real she becomes, until Nick can finally touch her.

In a strange turn of events, Nick is suddenly whisked back to 1912, two weeks before Abby’s murder, but she doesn’t remember him. When he attempts to win her over so he can save her from a tragic destiny, Abby thinks Nick is courting her for her inheritance. But even if he can rescue her and make her trust him again, how can they be together forever?

Now I got to start scheduling book signings...

Wonderful news! The cover is BEAUTIFUL!

How wonderful! To be able to hold your 'baby' in your hands. Congrats and many happy sales!

So happy for you.
Enjoy your book aerobics.

Is it as pretty in person as it looks online?

Thanks Ladies! And no, Tristi - it's not as pretty as it looks online...it's MUCH prettier!!

Awesome! Congratulations. I love the cover!

Congratulations. What a gorgeous cover. Hope you have lots of sales.

We're doing the happy dance at the Johnson house for you!! (Well, lets be honest here... We're pretty much happy for us because we get to read more Higgins.)

Congratulations Marie, I am doing the happy dance for you as well.